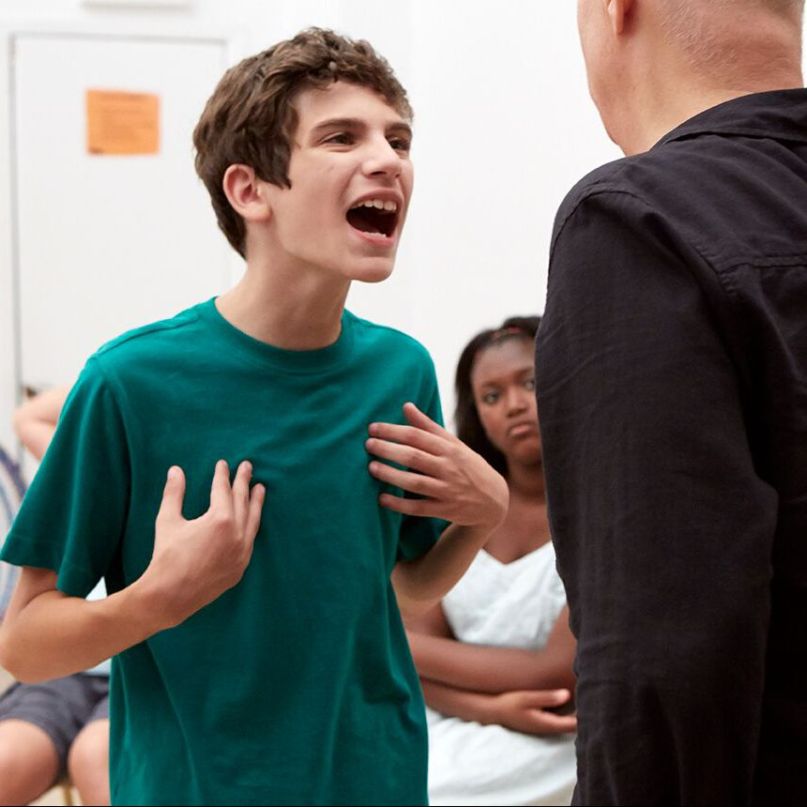 Being in your early teens is hell. No, this isn’t the start of a harangue about growth spurts, TV time, or burn books. There are real pains to be found during that time in one’s life. We’re talking about emotional outbursts by people full of exposed nerve endings. Fights with parents over anything. This is a time where being on the cusp of entering high school is like the end of the world, or a new beginning. Feelings are mysterious, and attitude is everything. Silent treatments are the best and only line of defense. Friendships look like they’ll be forever and may not even last a few months. Little Men 100% understands this space. But the film is almost afraid to admit to and accept these changes.

Ira Sachs’ sensitively drawn Little Men occupies a rarified space of total emotional truth. Here’s an unfussy story about a friendship that deserves to bloom, in spite of the everyday muck that surrounds us. Little Men is a summer breeze, with rich melodrama and an easygoing mood, built up around two great kids and their troubled families that says more than any after-school special. It’s an episode of actual experience, presented in lovingly natural, minimalist strokes.

The “little men” of Sachs’ film are Jake Jardine (Theo Taplitz) and Tony Calvelli (Michael Barbieri). Best friends forever, one might hope. Jake’s a wonderfully sensitive, intuitive painter-in-the-making. Shy, withdrawn, and endlessly doodling up his portfolio to get into an art-minded high school, Jake’s a little tightly wound. He’s completely sincere, if propelled by his age and circumstances. In short, he’s awkward.

Early on, Jake discovers that his estranged grandfather has passed away, and that he must leave home and relocate to his grandfather’s home in Brooklyn, with his parents, psychiatrist Kathy (Jennifer Ehle), and non-profit actor Brian (Greg Kinnear). Times are tough, but Jake’s not entirely petulant about relocating. Art’s his focus. Tony, and his single mother Leonor (Paulina García), currently live where Jake’s grandfather did. They are Chilean, she runs a dress shop, and they’ve been living on an $1100 rent for years. The potential for clashes exists, but what matters most is that Tony and Jake hit it off.

New friendship is arguably the most fun friendship. Figuring each other out, trying new things. It’s beyond satisfying to tag along with Tony and Jake. They can’t stop asking each other’s parents for permission to sleep over. They enjoy video games, share food, and become so fully entwined you’d need a crowbar to break them apart. Tony loves Jake’s art, and offers enthusiastic feedback. Jake and Tony go to a youth acting class together to test Tony’s interests. When Tony has a slightly disastrous run-in with a girl, Jake is there for emotional support.

Taplitz and Barbieri are immaculately well-cast. As Jake, Tapltiz captures the film’s sense of scared enthusiasm. School, and getting into schools, is scary enough and Taplitz perfectly conveys this with his body language and demeanor. The soft-spoken actor knows how to act naturally, and to be a quiet kid figuring everything out. Barbieri, on the other hand, is the best friend everybody wants; pure sunshine with a healthy amount of New York swagger. He defends Jake, emboldens Jake, and has his own passions and dreams with a modest amount of knowledge about how to achieve them. Barbieri’s a substantial find, and this is a terrific feature debut.

It would be great to say these two have a summer for all time. But growing up never quite works like that, does it? Matters of money, of culture, of parental and academic impediments arise. Parents are there, they have important stories, and they have their screen time, but their concerns seem to be mostly for their kids. How Jake and Tony cope, that’s where the drama most impressively unfolds, and that’s how Little Men becomes a wonderful work.

Sachs’ achievements are so restrained that it might be hard to see how intimate an experience this film is. At first glance, Little Men might smack of “it was the best summer I ever had,” or some banal platitude like that. And to be clear, this is a summer film, with warm weather, chipped brick, and Brooklyn graffiti. Dazed and Confused might come to mind along with the desire for shenanigans, but Sachs has a more delicate and observational hand. Little Men resembles Truffaut’s Small Change, or maybe Spike Lee’s Red Hook Summer. This is about youth in complicated transition, clasping hands.

Little Men has a faultless sense of its moment; it bottles fragile adolescence. It’s rare to see a film with such a keen understanding of growing up. Sachs takes his two young leads to the cusp of their youth, and we think they’ll be fine. To see Sachs not necessarily push them off into adulthood, but understand the fact that they’ll have to be at some point, it’s just heartbreaking. It’s a sad thing when parents just don’t understand, and possibly worse when children have to admit that they don’t either. Life goes on, whether we want it to or not.