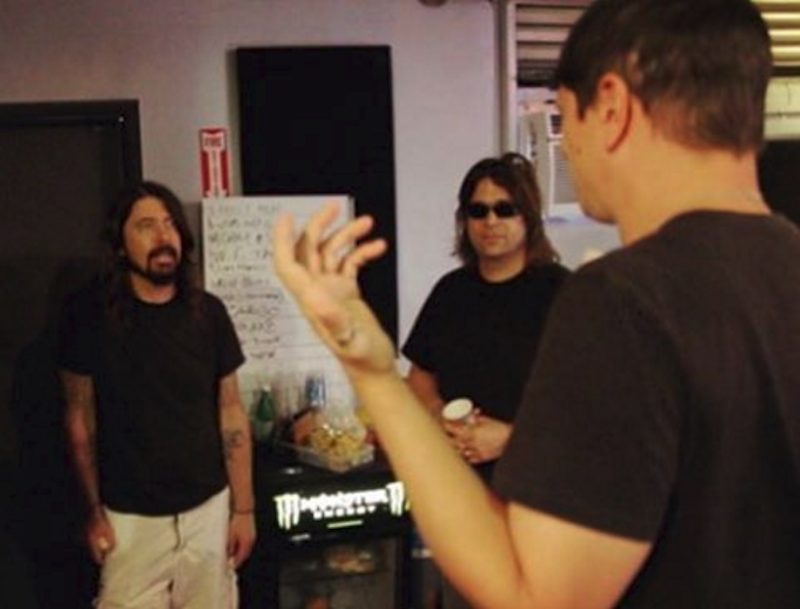 If you were an angsty ‘90s kid whose listening preferences fell under the blanket genre “hard rock,” the forthcoming album from nu metal legends Korn, The Serenity of Suffering, is shaping up to be quite the nostalgia trip for you.

Slipknot frontman and noted cell-phone slapper Corey Taylor will guest on the album, and he may not be the only prolific rocker to do so.

At least, that’s what Korn drummer Ray Luzier’s Instagram would have us believe. As Music Feeds notes, Luzier recently posted a photo of Dave Grohl hanging out with the band during a studio session for the new album.

In the post, Luzier also calls out producer Nick Raskulinecz, whose past work with Grohl’s Foo Fighters includes 2002’s One by One and 2005’s double album In Your Honor.

Given Grohl’s longtime relationship with Raskulinecz, it’s possible that he was just stopping by to wish the producer good luck on his new project. But! But! Grohl’s a busy guy, and we’ve got to believe there’s a reason he took valuable time out of his day to bump elbows with Korn.

We’ll find out for sure when The Serenity of Suffering is released on October 21st.