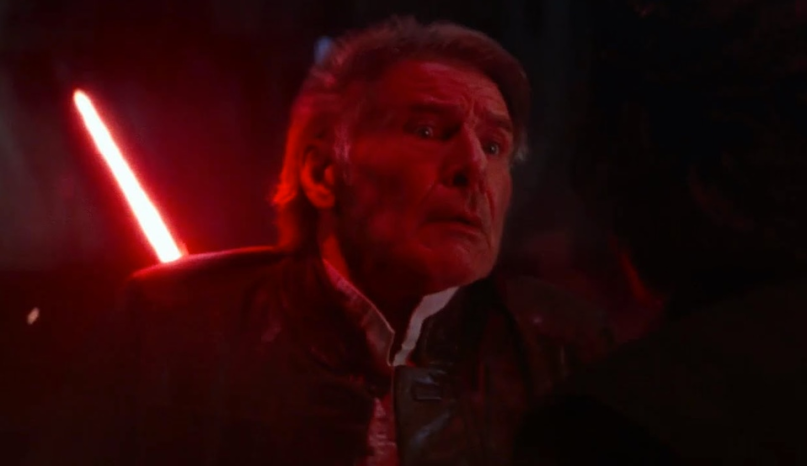 Spoiler alert (though, if you don’t know this by now, you probably don’t care anyway), but Han Solo dies in Star Wars: The Force Awakens. As it turns out, however, actor Harrison Ford could have very well shared a similar fate prior to even filming his character’s tragic final scene.

In January of 2014, Ford found himself caught beneath the hydraulic door of the Millennium Falcon while walking through the set at London’s Pinewood Studios. He ended up dislocating his left ankle and breaking both bones in his leg. Thankfully, an emergency stop was activated before the door, described as weighing about as much as “a small car,” could crush the then-72-year-old star.

The injury triggered prosecution against the Disney-owned Foodles Production company under the Health and Safety at Work Act 1974. In a court hearing in front of Milton Keynes magistrates, Foodles pled guilty, essentially admitting that Ford could have been killed in the accident. A sentencing will be handed down by Aylesbury crown court on August 22nd.

However, despite the plea, defender Angus Withington has said Foodles plans to contest the risk level involved in the incident. After all, Ford has essentially proven himself to be immune to death by accidents.