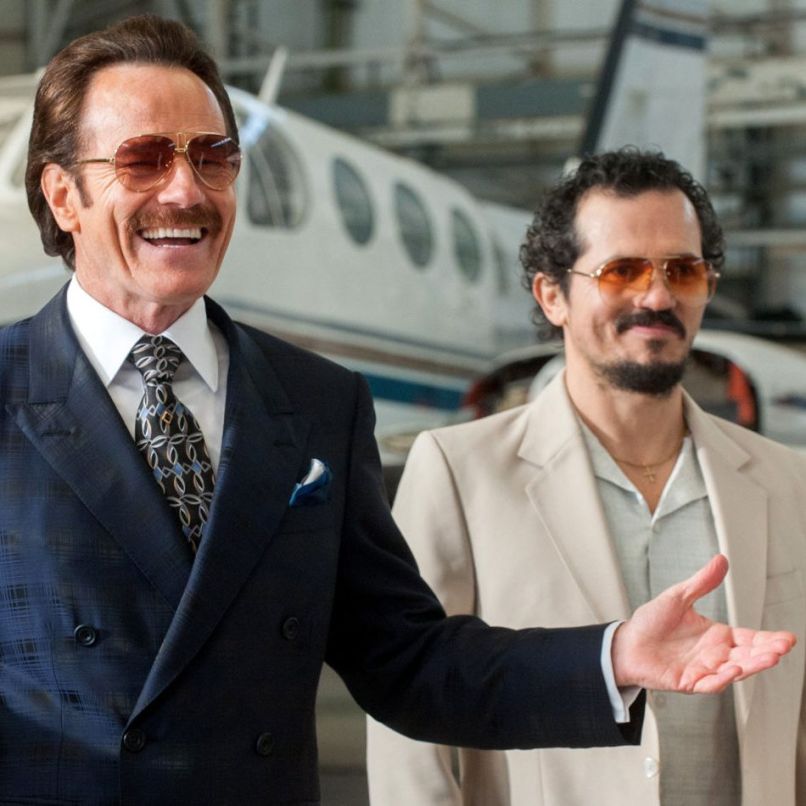 A creeping sense of familiarity hangs over the first few minutes of The Infiltrator, a tense drug drama that finds Bryan Cranston diving headfirst into the dark, violent world of organized — wait, where have we heard this one before?

Yes, there are a few unmissable similarities between Brad Furman’s latest film and a certain television show that took Cranston for a spin in the underground drug trade several years back. But while the actor’s portrayal of a drug-hustling chameleon evokes his star turn on AMC’s Breaking Bad, it also condenses it into a leaner and more relatable character arc. The result is a performance that ranks among the most challenging and emotionally nuanced of his career — one that threatens to outweigh everything else going on in The Infiltrator in terms of sheer gravity.

Playing Robert Mazur, the real-life federal agent who took down an entire drug cartel from the inside in 1986, Cranston once again gets the chance to flirt with both sides of the moral compass. The extent of his range becomes clear within the film’s first five minutes, in which we’re introduced to a slick, scuzzy version of Mazur with a remarkably trashy mustache (lest we forget that this is Miami in the ‘80s) and a penchant for flirting with bowling alley cocktail waitresses.

This obviously isn’t the real Mazur — he’s working deep undercover to bust a cocaine dealer — but the ease with which he slips into the role is notable. Here is a family man who lives, for all intents and purposes, a pretty boring life in the Floridian suburbs. His job offers that rare thing that so many jobs don’t: the chance to escape for a little while, the chance to live a higher-stakes version of existence and maybe do some good along the way. That’s why, even when he’s injured in the line of duty and offered the opportunity to retire with full benefits, he turns it down and takes one last job.

The outline is simple enough. Posing as the millionaire money launderer Bob Musella, Mazur must infiltrate and take down a drug cartel based out of Colombia. He does so with the help of trusty sidekick Emir (John Leguizamo), another cop who straddles the line between wanting to do the right thing and simply wanting to get his rocks off. He’s also joined by greenhorn agent Kathy Ertz (Diane Kruger), who must pose as his fiancee in her first undercover role.

If all of this stuff seems pretty by-the-books for a drug drama, well, it is. But what elevates Furman’s (sort of) true-life tale above the genre’s cliches is the messiness with which Mazur performs his task. This isn’t to say that he’s particularly unprofessional, only that he and Ertz clearly become more invested in some of the criminals they meet (particularly Pablo Escobar’s sidekick Roberto Alcaino, played to suave perfection by Benjamin Bratt) than they should, even as they begin witnessing unspeakably brutal acts of violence on a daily basis.

Furman’s film paints in various shades of gray as opposed to the blacks and whites typical to this genre, and for that he and Cranston deserve praise. The film’s climactic drug bust plays out more as a tragic coda than a triumph, and it’s because Mazur — and the audience, for that matter — has unwittingly invested in the criminals he’s charged with taking down, to the extent that a “heel turn” isn’t totally off the table. The Infiltrator feasts on the drama of split-second soul searching, raising the question of how to act morally when it’s impossible to tell friend from foe.

If Furman’s film has a weakness, it’s that it doesn’t always ring true to the story it’s supposedly based on. The film slips up when it succumbs to genre stereotypes, or when it attempts to stage the kind of suspense that worked so well in Breaking Bad but seems out of place in a less Shakespearean context. The Infiltrator works best when it sticks to that strange moral grey area that everyone — regardless of their experience busting drug cartels — can relate to. After all, it’s easy for a film with this subject matter to dive into the heart of darkness; it’s more impressive when it manages to do so without losing its own heart along the way.