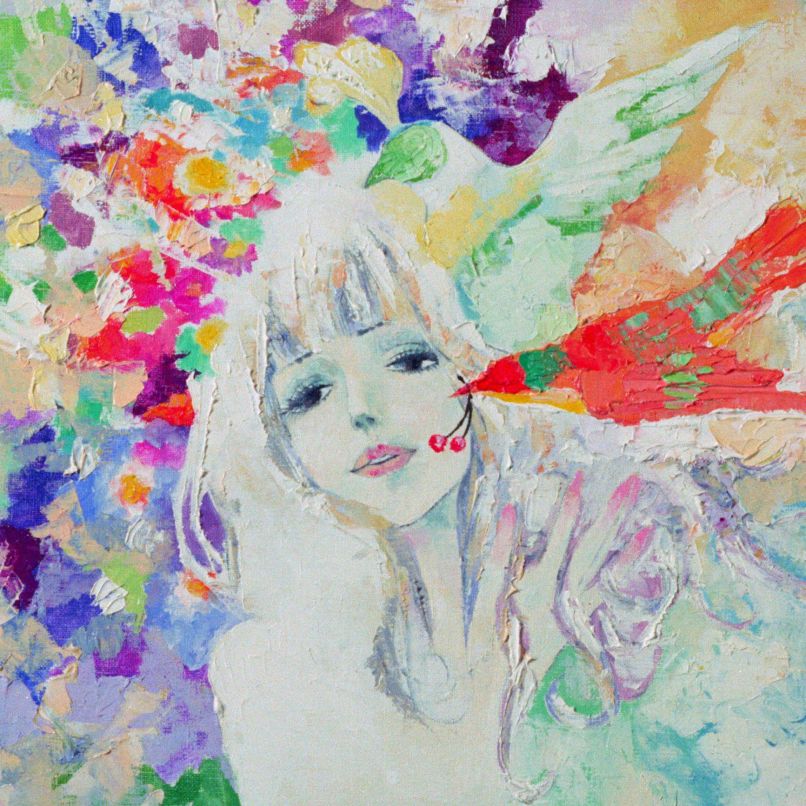 The systematic oppression of women is not the legacy of any one culture — East or West, now or then — so in a way it makes sense for a feminist text such as Belladonna of Sadness (Kanashimi no Balladonna) to paint with as wide a brush as possible. Still, it’s staggering to consider just how many traditions Eiichi Yamamoto’s 1973 anime film attempts to play with in its 93-minute runtime. Loosely based on the French tale of Jeanne d’Arc (Joan of Arc) but also drawing influence from the Summer of Love, Japan’s women’s liberation movement, and historical accounts of witchcraft (as depicted in Jules Michelet’s 1862 book Satanism and Witchcraft), Belladonna of Sadness is a delirious hodgepodge of ideas that lands somewhere between Faustian fantasy and feminist screed. If you’re looking for an experiential analogy, imagine dropping acid before heading into a Women’s Studies course.

Of course, LSD isn’t this film’s drug of choice. That honor goes to belladonna, a hallucinogenic plant whose name translates to “pretty woman” and whose berries contain enough toxins to kill any man foolish enough to pluck them. The belladonna of Belladonna of Sadness is a beautiful young woman named Jeanne. In an opening sequence set to a campy ‘70s pop melody, Jeanne marries a man named Jean and the newly wedded couple go to their lord’s castle to receive his blessing.

What they get instead is a nightmare; the lord kicks Jean to the curb and brutally rapes Jeanne, who stumbles home to her shamed husband and subsequently vows to exact revenge. She’s aided in her cause by the devil himself, appearing in a ridiculously phallic form (seriously, he looks like an erection with eyes) that grows larger and more powerful as Jeanne submits to him. Though initially resistant to the devil’s sexual and spiritual seductions, Jeanne eventually gives in and goes full witch, abandoning her wimpy husband and retreating to the forest with devoted followers in tow. It’s worth noting that the men in the film — specifically Jean and the cruel village lord — become increasingly more ineffectual as Jeanne’s power grows. As her (literal) cock swells, theirs fall victim to (figurative) castration.

All of this would be well and good and worth celebrating as some kind of 20th century coda to Spring Awakening, but there’s something troubling about Belladonna of Sadness that a viewer from the 1970s or today (the film is just now getting its first American release) may not be able to shake. Its depictions of rape, though animated, are among the most painful and grotesque ever depicted on film. The initial rape scene, which follows immediately after the idyllic opening sequence, portrays Jeanne being literally ripped apart in a bloody zipper trail that begins at her vagina. The effect is essentially the opposite of a trigger warning, sneaking up on the viewer with such jarring violence that it almost compels a physical reaction.

From this moment forward, we hardly ever see Jeanne fully clothed. Her nipples are squeezed, her hair is pulled, her moans of pleasure (or is it pain?) take over the soundtrack. She lies naked and prone on a bed, inviting the devil to invade her body. For a film that takes such pains to position itself within the feminist tradition, Belladonna of Sadness has a bad habit of lingering on the body of its protagonist, coming across as more pornographic than progressive, more exploitative than revolutionary. Yamamoto’s camera lingers like the male gaze, never failing to focus on a swollen nipple or the curvature of an ass. In doing so, it risks betraying and undermining the film’s mission of feminine sexual liberation. There’s a fine line between celebrating sexuality and exploiting it for the purpose of male arousal, and Belladonna of Sadness crosses that line early and often.

This strange desire to have it both ways finds its reflection in the animation itself, a curious mixture of watercolors and ink drawings influenced by both Japanese anime and Western art. Gustav Klimt’s symbolist paintings and the dynamic geometries of the Russian Futurists rank among the more obvious reference points, but the most prominent influence might also be a somewhat obscure one: Harry Clarke, an Irish book illustrator whose finely detailed work also blends the beautiful and the grotesque in explicitly sexual ways. It’s probably no coincidence that Clarke once illustrated an edition of Goethe’s Faust, another text that deals with someone selling their soul to the devil for sexual gain.

Like Clarke himself, Belladonna of Sadness may be doomed to live on as a footnote in our greater cultural memory. It’s an impulsive and hallucinogenic work that dazzles, disturbs, and dares to go there, but it never quite knows where there is. The structure feels hurried and stilted in parts, and the film leans too heavily on its imagery and its score by avant-garde jazz composer Masahiko Satoh. Feminism itself may be a fluid and evolving movement, but film plays by a different set of rules. If it didn’t work 40 years ago, it’s probably not going to work now.