Queens of the Stone Age “locked in” and working on new material, says frontman Josh Homme

Alt-rock icons to return the same lineup from 2013’s ...Like Clockwork 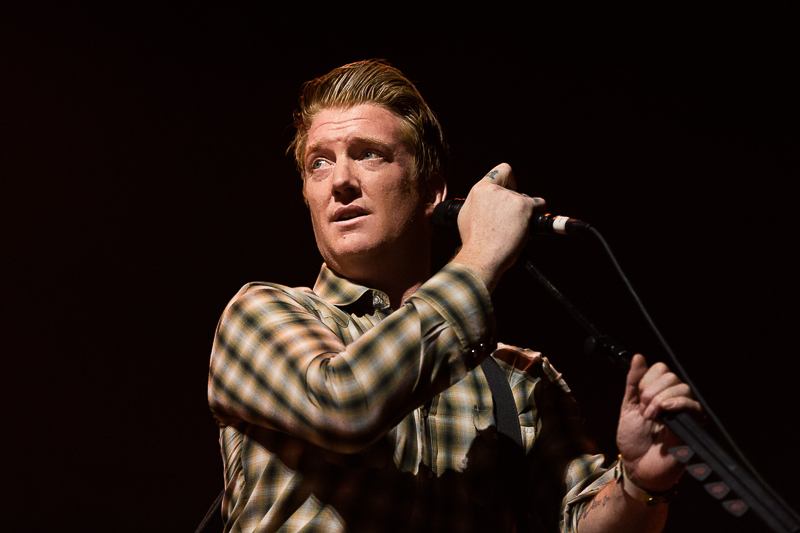 Queens of the Stone Age

Queens of the Stone Age frontman Josh Homme has been focusing on a number of other projects in recent years, releasing new albums with Eagles of Death Metal (2015’s Zipper Down) and Iggy Pop (this year’s Post Pop Depression). But as UltimateGuitar.com notes, Homme seems ready to get back into the studio with QOTSA and record the group’s first album since 2013’s …Like Clockwork.

Homme first mentioned his plans to reunite the band on a recent episode of the Let There Be Talk podcast, saying, “Yeah, [a QOTSA return is up next on my schedule]. Same lineup, we’re locked in. We’re having a meeting tomorrow about what we’re gonna do.” This is promising news for fans who were disheartened when bassist Michael Shuman revealed in March 2015 that the band would be “taking a break” after two long years of touring. The band did reunite in September for a surprise concert at the Teragram Ballroom in Los Angeles, but this is the first confirmation that they have actually begun working on new material.

The “same lineup” Homme referenced in the podcast likely refers to the lineup featured on 2013’s …Like Clockwork. This means that it will include guitarist Troy Van Leeuwen, who is also currently involved in supergroup Gone Is Gone, but probably won’t feature ex-QOTSA bassist Nick Oliveri, who briefly reunited with the band onstage in 2014.

Brush up on the alt-rock icons’ catalog with our list of the Top 20 Queens of the Stone Age Songs.