Young doesn't hold back during a Q&A with Marc Maron 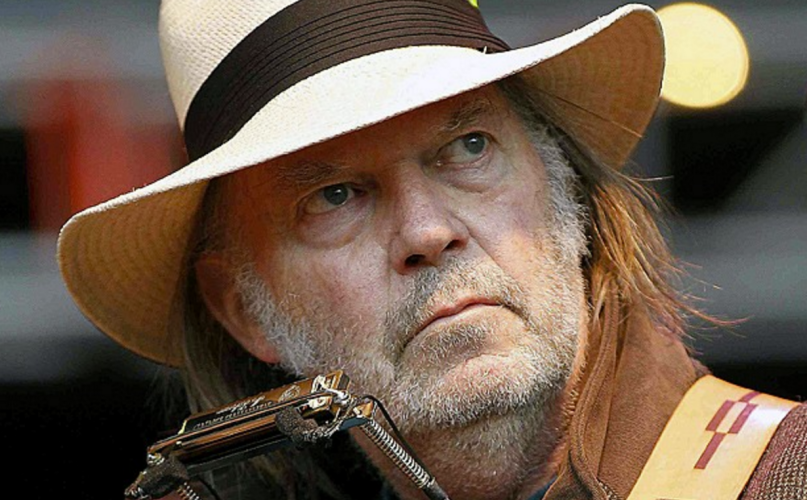 Marc Maron has done pretty well for himself for a comedian recording a podcast out of his garage. He’s brought in quite a few top-notch guests, from great musicians like St. Vincent and Joanna Newsom to the freakin’ President of the United States. But it’s clear some of his favorite guests are the classic rock titans he’s managed to get on the show, like Mick Jagger. On the most recent episode of WTF, he got to chat with another such legend: Neil Young.

Maron was understandably nervous about talking to such a respected musician, but when Young walked into his living room and started jamming on Maron’s Gibson 335 and checking out his record collection, he knew they were on the right path. It was solidified when Maron tried to return the PONO device he’d been sent to try out before the interview and Young responded, “Let him keep it, man. I like him.”

Throughout the discussion, the two touched upon Young’s early career, his relationship with the members of Buffalo Springfield (“I have no enemies,” said Young. David Crosby has yet to respond), and why mono is superior to stereo. They also talked about Maron’s use of nicotine lozenges, Young’s gear, and PONO. Of course, a good chunk of their time together was spent discussing Young’s forthcoming album with The Promise of the Real, EARTH.

Young said that he would only be making the album available on vinyl, CD, and PONO. His hatred of MP3s has led to him encouraging fans to illegally download the files rather than having him sell them. “We want everybody to have it,” he said. “I don’t give a shit. Yeah, it’s like, I can’t sell that crap. Go make it yourself and take it home.”

He even went so far as to tell listeners to just rip the files straight from TIDAL. “If you wanna get it, I think they play the whole album on TIDAL in a couple of weeks. Go onto TIDAL and just record it off of TIDAL! It’s gonna be 441 [Hz]. So that way everybody can get it, ’cause I’m not selling them. I’m not selling the MP3. When I start talking like that, my manager shows up.”

Listen in or download the episode over at WTFpod.com.