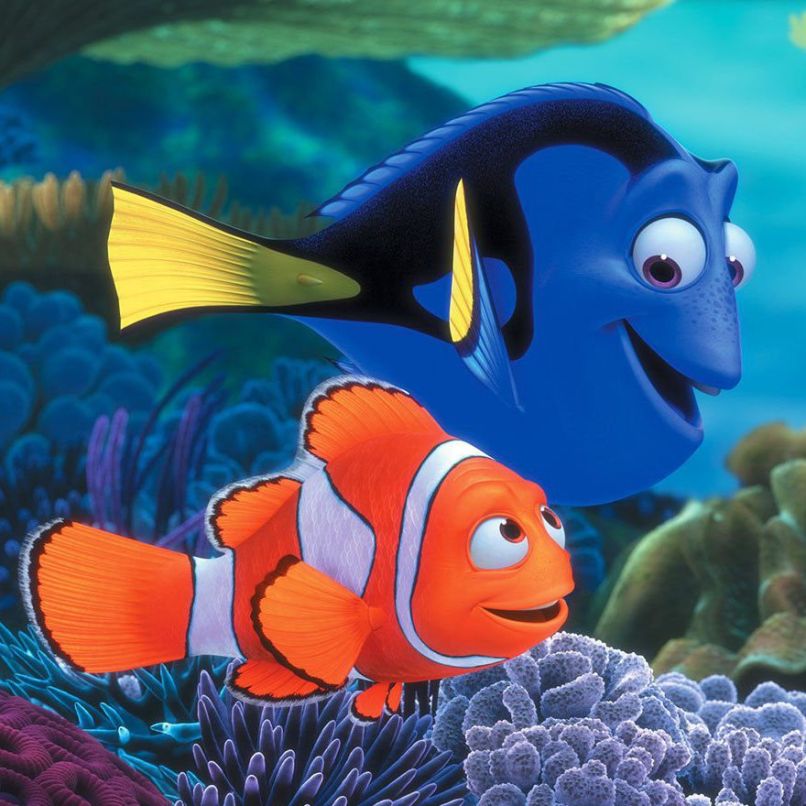 There’s been a lot of doom and gloom at the box office this summer. But it’s okay, guys. Here’s Dory.

Yes, Finding Dory is a sequel. It’s a sequel to a movie that came out 13 years ago. And yes, there is nothing new under the sun. But that doesn’t really matter with Finding Dory, which so nimbly jumps back into the waters of the first film that it’s a bit like time travel. It’s not nostalgic. Instead, it’s like meeting up with an old friend and realizing that somehow, in spite of all the years and distance, no time has passed at all.

That’s not a joke about short-term memory loss, although there’s no shortage of those. Pixar’s latest has all the sweet, ricochet-fast humor of the original, the same brilliant animation and rich color, the same winning performances (complete with a few new scene-stealers), and the same simple, staggering emotional intelligence of its predecessor. Yet what’s most affecting about Dory is what makes it different. It’ll still thrill kids and move grown-ups to tears, but now there’s a very specific subset of the population that will likely find resonance. This is a movie for everyone, but especially for parents of kids with special needs.

Finding Dory begins with a glimpse of Dory’s childhood, a territory to which we return, as our heroine does, throughout the film. But flashbacks aside, we’re picking up a mere year after Nemo, with Dory (the still-terrific Ellen DeGeneres) having taken up residence next to Marlin (Albert Brooks) and Nemo (Hayden Rolence), tagging along on field trips and generally delighting (and sometimes annoying) her friends and neighbors. But when a stingray migration (a beautiful piece of animation) sparks a long-lost memory, Dory remembers she has a family and sets out to find them — not alone, of course.

(Ranking: Every Pixar Film From Worst to Best)

One speedy trip across the ocean (you can probably guess the mode of transportation) later and they’re in California waters, waiting for another of Dory’s fractured, half-forgotten memories to surface and push them in the right direction. Things go wrong, of course, but Dory makes friends in a flash, notably Hank (Ed O’Neill, in the film’s breakout role), a goal-oriented (and seven-legged) octopus, and Destiny and Bailey (Kaitlin Olson and Ty Burrell, both excellent), two whales with some struggles of their own. To go into detail about where they end up and what goes awry is to ruin part of the fun, but rest assured that while the distance covered may be much smaller, the journey is every bit as epic.

That’s not the only thing about the film that could be described as epic. In addition to being a wonderful piece of animation in general — no surprise, coming from Pixar — Finding Dory is also the rare film released in 3D that really should be seen in that way. There’s not a single instance of something needlessly popping out from the screen. Instead, for the bulk of the film, it’s easy to forget that you’re watching something in 3D, since it primarily adds depth to already vast settings. It’s a change that builds on the tremendous success Pixar had with Nemo, bringing everything from shallow pools to furiously fast eddies to photo-realistic life. When the 3D is used in a more typical sense, it’s employed so brilliantly and inventively that it makes an already hilarious (and moving) climax that much more affecting.

Still, a film can have all the technical wizardry in the world and not add up to much. What makes Dory special is the story — written, like its predecessor, by co-director Andrew Stanton — and the voices (and character animators) that bring that story to life. Dory’s journey is both complicated and made possible by her memory loss, which is often a source of frustration for her (and others), and painfully, a source of tremendous shame. It’s hard to imagine anything in film in 2016 being as crushing as Dory’s repeated apologies for being who she is — to friends, to strangers, to those she loves. “Don’t be such a Dory, Dory,” she says at one point, delivered with such flippancy by DeGeneres that it could snap your heart in two. This isn’t a new thought. She thinks this all the time.

But Stanton, co-director Angus MacLane, and DeGeneres pull off an even cooler trick: they make Dory’s illness a strength. Tying her frequent lapses to her ability to problem solve, the filmmakers show Dory’s gifts in a new light — not there in spite of what makes her different, but there because of it. Each improbable victory comes when a character acts on instinct, seeing a door in front of them and taking that door, however odd it may seem. Dory is special, the film tells us, because her mind doesn’t allow for overthinking. Her only choice is to act, and so she always does.

This is echoed in nearly every major character, and handled with such grace, subtlety, and tenderness that it could easily pass by unremarkably. But every time a character thinks “I can’t,” there’s something — or someone — there to prove they can. I can’t swim. I can’t see. I can’t go in the ocean. I can’t lose you again. I can’t take care of you. I can’t forgive myself. I can’t trust this crazy-looking bird. But they can, and therein lies the film’s great triumph.

It may not pack the surprises of its predecessor. It doesn’t have the innovation of Inside Out or the pathos of Up or WALL-E. But Dory delights and inspires, right down to one simple, staggering visual that’s so affecting that it’ll likely stick with you for a very long time. It’s a beautiful, fun, and familiar story, made more important by the simplicity and value of its message, more welcome than usual in this terrible week. These characters always find a way. They — sing along now — just keep swimming.

P.S.: As always, there’s an outstanding Pixar short before the film. This one, Piper, is such an uncomplicated delight that the less said about it, the better. The animation, though, is really something else. Sand, feathers, waves, bubbles, and feelings. What could be better than that?