You Still Believe in Me: An Interview with Brian Wilson

Our favorite Beach Boy reflects on 50 years of Pet Sounds 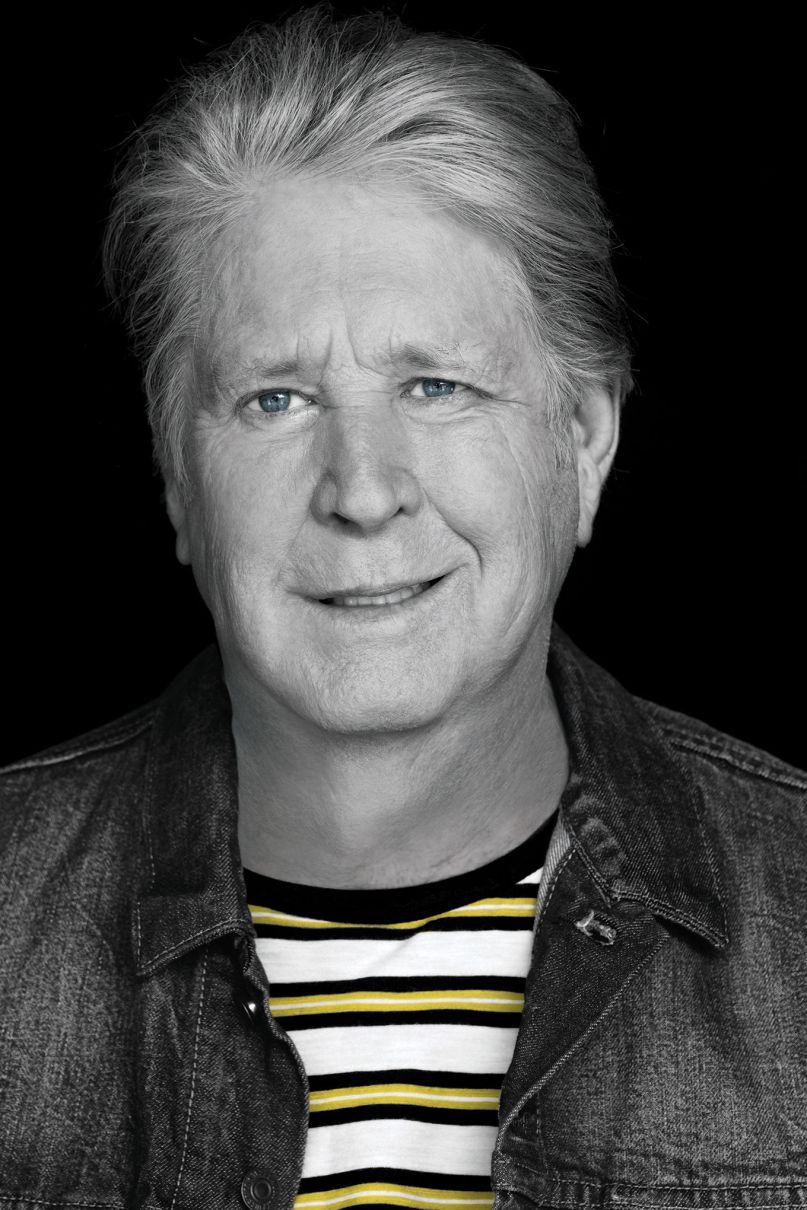 Brian Wilson is a man of few words these days.

Perhaps it’s because all these years later he’s still answering questions about Pet Sounds. A pop magnum opus, the album celebrated the 50th anniversary of its release on May 16th, prompting renewed inquiries into how exactly Wilson achieved what many consider to be the finest pop record of the 20th century. More likely the cause of his short replies when we speak by phone is the simple fact that there’s little Wilson can say about Pet Sounds that the album hasn’t already said for itself.

“I had a feeling that we were going to make a legendary album,” he says.

Wilson has a right to claim a prophetical vision for Pet Sounds before Capitol Records released it to the world in 1966. Begging off touring due to the intense anxiety it caused him, Wilson left his brothers and the rest of The Beach Boys to tour Japan while he holed up at Western Studio 3 of United Western Recorders in Los Angeles with a talented cast of classically trained musicians dubbed The Wrecking Crew. Inspired by the Wall of Sound employed by Phil Spector, Wilson tried just about everything, including eclectic instruments like the Electro-Theremin and recording sounds that ranged from bicycle bells to barking dogs.

While present-day opinions of Pet Sounds cite it as a masterpiece and a forbearer to the advent of the conceptual album, its initial release was met largely with lukewarm reception from music critics. Even so, standout tracks like “Wouldn’t It Be Nice” and “God Only Knows” were recognized for their lush arrangements, melodic overtures, and harmonic devices.

In fact, while the album does explore issues of maturity, spirituality, and love, it is this last element that Wilson believes to be the true theme of Pet Sounds.

“Pet Sounds is mostly about harmonies,” he explains. “The good-sounding harmonies.”

Another reason the record has had such a lasting legacy is perhaps contained in the timelessness of its tracks. While one listen to many of The Beach Boys’ many hits may conjure imagery of sunny 1960s California, the tracks on Pet Sounds exist outside of any one place or time, drawing instead upon universal themes of love and introspection. Even 50 years later, Wilson claims that singing “God Only Knows” means just what it always did to him.

“I still feel the same way about it, yeah,” he reflects.

One thing that has changed, in ways surely Wilson never could’ve imagined, is the world at large. When Pet Sounds was released in 1966, it found a country at war, one where the escalating conflict in Vietnam and subsequent counter-culture movement informed everything from music to wide-scale experimentation with psychedelic drugs.

It’s easy enough to isolate moments from any piece of art to prove thematic intent, but in the case of Pet Sounds, elements of psychedelia can be found not only in lines like “This is the worst trip I’ve ever been on” in “Sloop John B”, but in facets of the music itself. Side two track “I Know There’s an Answer” was originally titled “Hang On to Your Ego”, a likely nod to an LSD experience, and while Pet Sounds offers an intimacy unlike other psychedelic pop of the time, soundscapes of whispers and reverb and sudden departures in structure and form do lend the record a somewhat trippy effect.

Wilson feels those elements of Pet Sounds aren’t, however, universal to the record.

“There are a couple of songs like that,” he says, “but the album itself is mostly not psychedelic.”

With so much written about Wilson and Pet Sounds, the project has taken on seemingly mythological proportions. Some try to scrutinize it for any answers it may hold to explain the rapid deterioration of Wilson’s mental health that followed the album’s completion. Others are perhaps simply desperate to know how something so enduring was brought into being. Tapes of Wilson instructing members of The Wrecking Crew during recording sessions offer valuable insight into the process of the album’s creation; they even informed Paul Dano’s performance as Wilson in the 2015 biopic Love & Mercy.

The real Wilson was thrilled with Dano’s performance, especially the scenes in which he reenacted the Pet Sounds recording sessions.

“Oh it was great,” exclaims Wilson. “He portrayed me very [well]. He knew what to do.”

As Wilson battled a nervous breakdown, his plans for Smile, the intended follow-up to Pet Sounds, were scrapped. If fans and music scholars alike are fascinated by Pet Sounds, they are downright obsessed with the story of Smile, which until 2004 was only accessible in bits and pieces through bootlegger circles and the material The Beach Boys ultimately reworked into Smiley Smile and subsequent releases. Another topic of constant speculation is the so-called “Bedroom Tapes”, a moniker created by writer Brian Chidester that encompasses the demos and recordings Wilson made during the late ’60s and early ’70s, when he largely spent his time holed up in his home.

Little is actually known about the “Bedroom Tapes”, which some speculate to consist of largely lo-fi recordings. A 2014 L.A. Weekly article includes an analysis of some of the treasures contained within, which up until now have been unavailable to the public. According to Wilson, that may soon change.

“Yeah, I might do that later this year,” he says when asked if the tapes might ever be released.

When Wilson, along with longtime collaborator Van Dyke Parks, released Brian Wilson Presents Smile, it launched a new chapter of his career, one that has seen him steadily touring the breadth of his extraordinary catalog for the past 15 years. Now, in 2016, the year of his most famous album’s 50th anniversary, he is embarking on what he says will be “the final performances of Pet Sounds.”

As Pet Sounds reaches middle age, it’s shown no signs of flagging devotion. For those fortunate enough to live in one of the 60-plus cities Wilson will visit on his current tour, the chance to spend an evening with one of pop music’s most remarkable achievements has proved irresistible. Many of the dates have sold out, while festivals like Primavera Sound and Pitchfork have taken advantage of the opportunity to add Wilson to their lineups.

As Mike Love and his merry band of imitators continue their façade of touring as The Beach Boys sans Wilson, the true mind behind the enterprise is soaking in the accolades and visiting the fans that have long waited to share in this moment of triumph and celebration with him.

For Wilson, it is all infinitely simpler than that. The golden harmonies, the rich orchestrations, the profound beauty of his melodies – they’ve always been there, waiting to be cherished since the moment they were cut to acetate in 1966. In truth, all that ever needs to be said about Pet Sounds is in the chime of sleigh bells on “God Only Knows” or in the simple sadness of Wilson’s voice on “Caroline, No”.

The best analysis of Pet Sounds has always been the joy it brings to its listeners, the seasoned enthusiasts and curious teenagers alike who, for the two minutes and thirty-three seconds it takes to play “Wouldn’t It Be Nice”, get to visit the pop heavens of Wilson’s mind.