The Magnetic Fields announce new album, 50 Song Memoir, due out next year

Plus, the Stephin Merritt-led indie pop group to begin touring at the end of 2016 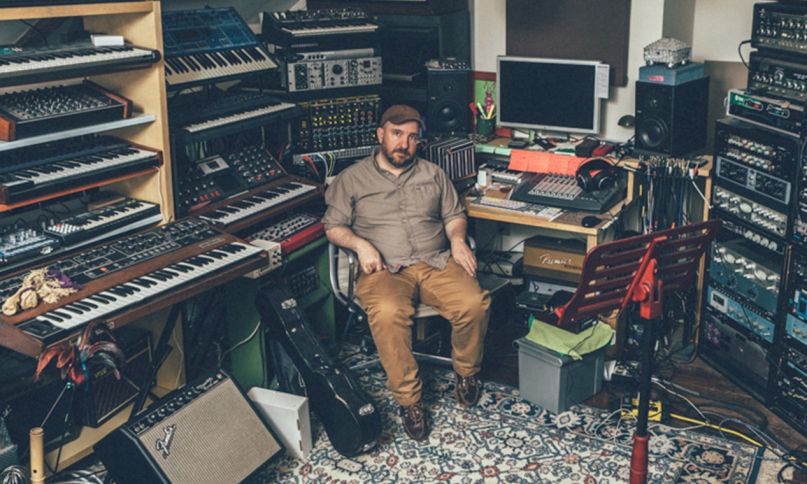 Stephin Merritt and The Magnetic Fields announced today via Facebook that they are currently working on their first full-length in nearly five years. Entitled 50 Song Memoir, the album is projected for release by Nonesuch Records in early 2017.

Though 50 Song Memoir will officially be the follow-up to 2012’s Love at the Bottom of the Sea, the album’s title suggests that it’s more of a spiritual successor to 69 Love Songs, the three-volume concept album that remains the group’s most beloved and critically acclaimed release to this day.

Merritt and his band will debut the new album as part of the Brooklyn Academy of Music’s 2016 Next Wave Festival, with programs scheduled for December 2nd and 3rd at the BAM Howard Gilman Opera House in Brooklyn. Here’s the event description from BAM’s website:

“Stephin Merritt, the master craftsman behind the Magnetic Fields’ 69 Love Songs, is one of our great living songwriters — a sardonic Stephen Foster with an expansive literary wit. Celebrating his 50th birthday and a new album on Nonesuch Records, Merritt and band perform two distinct programs of new songs — one for every year of his melodious existence. In a spectacular staging featuring 50 instruments from Merritt’s formidable collection, the seven-member band recounts his five decades on planet Earth, covering everything from bedbugs and Buddhism to his conception by hippies on a houseboat in St. Thomas.”

So just to break the concept down for you: that’s 50 instruments and 50 songs, all in celebration of Merritt’s 50th birthday. We’d expect nothing less from a band that has built a career on taking the concept album to its logical extreme, whether on 69 Love Songs, 2008’s Distortion, or 2010’s Realism.

Aside from the BAM shows, the Magnetic Fields also announced tour dates in Durham, NC, and Los Angeles, with more to follow soon.