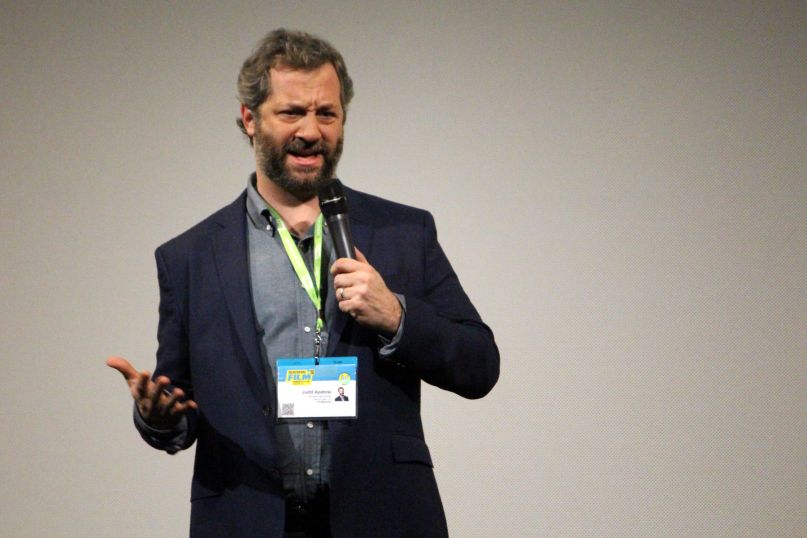 There’s something about Nick Hornby’s work that simply makes sense for film. Maybe it’s because the English novelist also has a knack for screenwriting, having received Oscar nominations for his screenplays behind 2009’s An Education and 2015’s Brooklyn. Whatever the case, he’s delivered a few of the best original stories for the silver screen, from 1999’s High Fidelity to 2002’s About a Boy to even 2005’s Fever Pitch.

Now, he’s about to see another one of his books hit theaters. Blockbuster comedy mastermind Judd Apatow will produce an adaptation of Hornby’s fantastic 2009 novel, Juliet, Naked. Already, he’s tapped his fellow Girls and Our Idiot Brother director Jesse Peretz to helm the picture from a screenplay written by Tamara Jenkins (The Savages) and Jim Taylor (Sideways) with revisions by Phil Alden Robinson and Evgenia Peretz.

Annie loves Duncan-or thinks she does. Duncan loves Annie, but then, all of a sudden, he doesn’t. Duncan really loves Tucker Crowe, a reclusive Dylanish singer-songwriter who stopped making music 10 years ago. Annie stops loving Duncan, and starts getting her own life.

In doing so, she initiates an e-mail correspondence with Tucker, and a connection is forged between two lonely people who are looking for more out of what they’ve got. Tucker’s been languishing (and he’s unnervingly aware of it), living in rural Pennsylvania with what he sees as his one hope for redemption amid a life of emotional and artistic ruin-his young son, Jackson. But then there’s also the new material he’s about to release to the world: an acoustic, stripped-down version of his greatest album, Juliet-entitled, Juliet, Naked.

What happens when a washed-up musician looks for another chance? And miles away, a restless, childless woman looks for a change? Juliet, Naked is a powerfully engrossing, humblingly humorous novel about music, love, loneliness, and the struggle to live up to one’s promise.

The book’s a hell of a read and ripe material for Apatow’s crew. Although the synopsis argues for a “Dylanish singer-songwriter,” it’s actually easy to picture Tucker as a Paul Westerberg-type, especially given the guy’s colorful, crazy background. Given that Apatow is attached, it’ll be interesting to see what talent they grab for the film as he’s worked with everyone from James Taylor to Ryan Adams, Billie Joe Armstrong to Graham Parker.

In the meantime, if you haven’t read the book yet, it’s a great summer read.