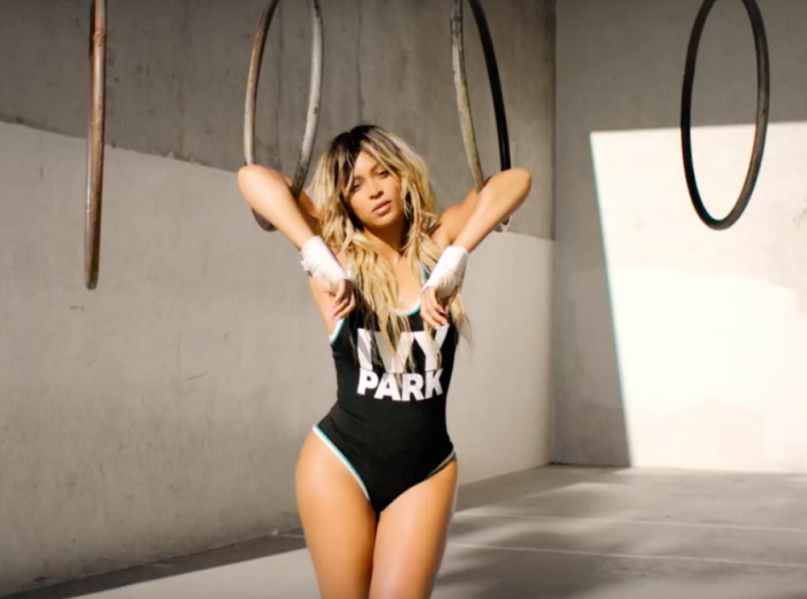 “My goal with Ivy Park is to push the boundaries of ­athletic wear and to support and inspire women who understand that beauty is more than your physical appearance,” the pop star said during a recent appearance at London’s TopShop flagship store, one of the clothing brand’s global retailers.

However, for those people tasked with making Ivy Park’s threads, the job is anything but empowering. According to the UK’s The Sun, many are subjected to what it calls “sweatshop slave” conditions. Factory workers based in Sri Lanka reportedly earn just a little over $6 a day piecing together clothing items priced anywhere between $30 and $200 on the market.

Additionally, these seamstresses, who work upwards of 60 hours a week, are put up in a 100-room boarding house. “We don’t have our own kitchen or shower; it’s just a small bedroom,” one 22-year-old sewing machine operator told the newspaper. “We have to share the shower block with the men, so there isn’t much privacy. It is shocking and many of the women are very scared.”

“When they talk about women and empowerment this is just for the foreigners,” said another worker. “They want the foreigners to think everything is OK.” Jakub Sobik, an employee at nonprofit organization Anti-Slavery International, told The Sun: “This is a form of sweatshop slavery.”

On Monday, representatives for Ivy Park issued a statement refuting these claims, as fashion trade journal Women’s Wear Daily points out. “Ivy Park has a rigorous ethical trading program. We are proud of our sustained efforts in terms of factory inspections and audits, and our teams worldwide work very closely with our suppliers and their factories to ensure compliance.”

Beyoncé surprise-released her new album Lemonade late last month to much fanfare and commercial success. The well-received record has reportedly been streamed 306 million times worldwide on the Jay Z co-owned TIDAL, the only streaming platform to host it. Since its release, Lemonade has helped TIDAL gain over 1 million new users and has been a hit on the Billboard charts. According to Forbes, Queen Bey earned almost $60 million in 2015 and is worth about a whopping $450 million.

Below, watch a promotional video for Ivy Park: