AMC considering text-friendly theaters, because nothing is sacred 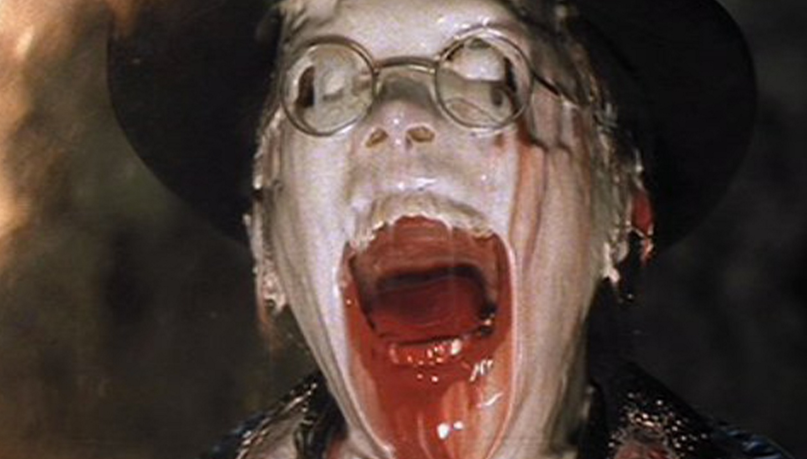 You know the situation. You’re in a movie theater, settling in. Trailers are underway, and the dude in front of you is on his phone. You give the benefit of the doubt. He knows better, you say. He’ll put it away when the theater tag plays. But then he doesn’t. He’s still on his phone as the opening titles begin. He’s still on his phone when the movie is going. He might even take a few pictures of the movie he’s seeing so that the entire goddamn world knows what he’s doing.

And then you look around the theater, and everybody’s doing it. Not just the teenagers that everybody scapegoats for this kind of thing, either. No, it’s everybody. The couple out on a date. The kids whose parents finally don’t have to be responsible for them for a couple hours. Shit, the person next to you keeps sneaking looks every time they think you can’t see despite lighting up the entire back row anyway. Finally, you snap and ask people to put the phones away. And you’re told that you’re being rude.

Odds are, if you see enough movies at enough multiplexes in a year, you’ve lived this situation or one similar to it. The question, then, is always simple: Why don’t the theaters prevent this?

Well, because if a recent Variety interview is to be believed, theaters would rather keep getting paid by leaning into the trend instead. AMC Entertainment’s CEO Adam Aron discussed a number of topics related to the current state of the business, and included in the conversation was this bit, related to the importance of appealing to the much-coveted millennial demographic:

At the same time, though, we’re going to have to figure out a way to do it that doesn’t disturb today’s audiences. There’s a reason there are ads up there saying turn off your phone, because today’s moviegoer doesn’t want somebody sitting next to them texting or having their phone on.”

One possible solution? A certain section for texting.

“That’s one possibility. What may be more likely is we take specific auditoriums and make them more texting friendly.”

NO TEXTING AT AMC. Won't happen. You spoke. We listened. Quickly, that idea has been sent to the cutting room floor. pic.twitter.com/JR0fo5megR

Now, benefit of the doubt for a minute. In theory, these auditoriums would at least announce themselves as safe spaces for people who can’t handle engaging with something in a more focused way for two hours, and those uninterested in such a thing could avoid it. But this matters, because AMC happens to be (as the result of its recent acquisition of Carmike) the biggest theater operator in the country. This sets the tone for the industry at large, so it stands to reason that if this were to prove successful, it might just become an audience expectation.

Instead of, you know, shutting the hell up, leaving the theater if you must use your phone, and watching a movie the way people have watched movies for almost a hundred years now. But clearly that’s just too much to ask.

For further details on how to conduct yourself in a movie theater, here’s Mastodon on the subject: