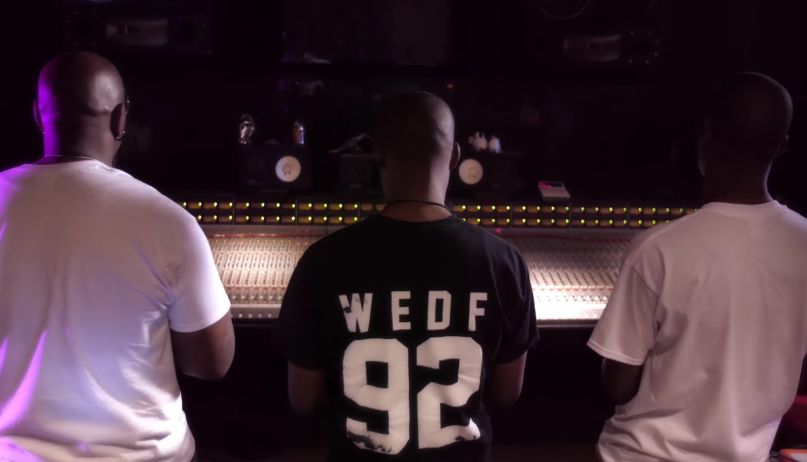 Bookmark and follow our exclusive coverage of the South by Southwest Film Festival 2016.

That someone made a film at all about Organized Noize is a triumph in its own right. As the production trio behind some of the most iconic beats for everyone from TLC to Goodie Mob and — most notably — Outkast, they helped write the book on Atlanta hip-hop. By association, that means they also helped write the book on Southern hip-hop and hip-hop music in general.

However, they’ve never quite gotten the notoriety they deserve. Sure, many music fans casually know Sleepy Brown from his minor solo career and his falsetto hook on “The Way You Move” (among dozens of other guest appearances), but what about beat-maker Ray Murray and undisputed team leader Rico Wade? They’ve remained more in the shadows, and yet their well of largely sample-free grooves — a blend of fat synths, 808s, and P-Funk-style decadence — is deep enough to earn endless endorsements from the talent that has so often dwarfed them: in addition to the aforementioned acts, Ludacris, 2 Chainz, and other artists they’ve crafted beats for all get interviewed in Quincy Jones III’s documentary.

While his film acts as a retrospective of their entire career — formation to label deal to obscurity to historical respect — The Art of Organized Noize is most compelling when focusing on that very thing mentioned in the title: how exactly they make their music. Early on, Jones captures how the original “Dungeon” mentioned in so many Outkast songs was a small home owned by Wade’s mother. The entire Dungeon Family collective would sleep, write, and record there, laying down verses in an unfinished basement surrounded by red clay walls, weed smoke, and 20 other people all crammed into the tiny space. As Wade, Goodie Mob member Big Gipp, and several others point out, the close quarters were a thing to be celebrated, the confines forcing everyone to be humble and “stay in their lane.” This resulted in a focus on music and community rather than crime, a lifestyle that was all too tempting in the world of East Point, Georgia.

Other process-oriented highlights include the making of Outkast’s first single, “Player’s Ball”, which Organized Noize helped elevate from a holiday tune for a Christmas compilation to a lowriding classic. Then, in the film’s most interesting piece of musical history, bassist LaMarquis Jefferson recalls playing the opening line for TLC’s “Waterfalls”. I had always assumed it was a regular guitar, but Jefferson explains how, while working with Organized Noize, he came up with the distinct wobbled effect by playing high on the neck of his bass, then sliding back down for the verse.

But for all its fascinating Tales From the Studio and magnetic presences — Wade, in particular, is passionate, comical, and just plan interesting in his knowledge and enthusiasm — The Art of Organized Noize has about 20 minutes that could be cut. Unsurprisingly, most of the disposable footage is anchored by namedropping and byzantine industry connections that feel a little too inside baseball. Several of the interview subjects are guilty of this throughout, most notably L.A. Reid. There’s no denying the music mogul’s significance in the Organized Noize story, but he takes forever to describe signing them to LaFace Records as in-house producers. His praise for them feels equally boring, lacking the intriguing specifics that arise whenever someone else in the documentary talks about the actual music.

But if one can get past the bloated runtime and unnecessary stroking of egos, The Art of Organized Noize is a story that demands to be heard by anyone with an interest in hip-hop. Even today, when the art form is arguably more progressive than ever in its creativity, no one operates quite like Wade, Brown, and Murray, who are more of a free-thinking band than the typical rap producers. When you have Outkast, Future, and even an egomaniac like Diddy praising your workmanship and innovation, that’s saying something.