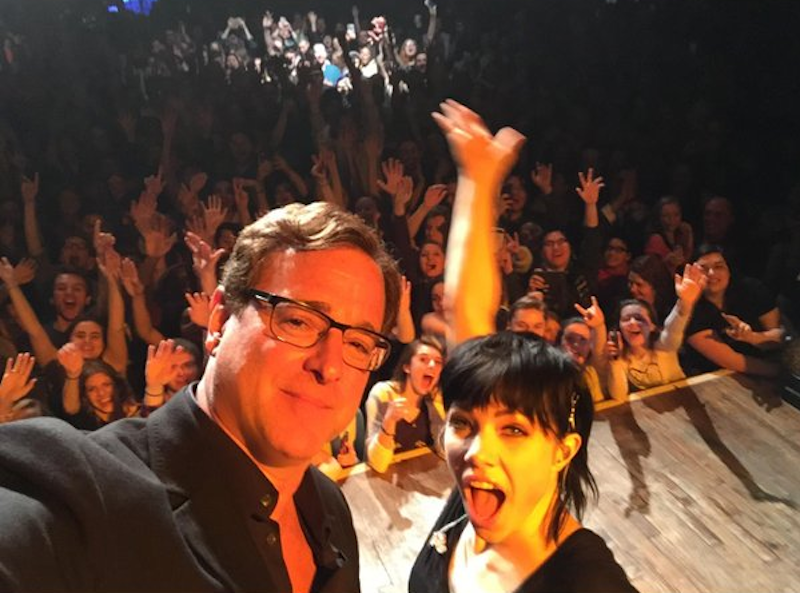 Carly Rae Jepsen lived every child of the ’90s dream by having the honor to record the theme song for Netflix’s recent Full House sequel, the aptly titled Fuller House. On Friday evening, the nostalgia train struck Jepsen once again at the giddy pop singer’s show in Milwaukee.

In a bit of kismet, her concert in the Brew City happened to line up with a comedy show by Danny Tanner himself, Bob Saget. After his gig wrapped, Saget stopped by the Milwaukee Turner Hall and joined Jepsen on stage. They snapped a selfie with the crowd, and then turned the Fuller House theme, “Everywhere You Look”, into an acoustic duet. Sure, Saget stumbled more than a bit on the verses, but boy did he nail that chorus, dad dance moves and all. Realistically, he could’ve been humming along and it would’ve been just as exciting a moment for the crowd — especially that one fan screaming in disbelief around the 1:17 mark.

Check out footage of the appearance below (via Rolling Stone).

Here’s that selfie Saget and Jepsen took with the crowd behind them: