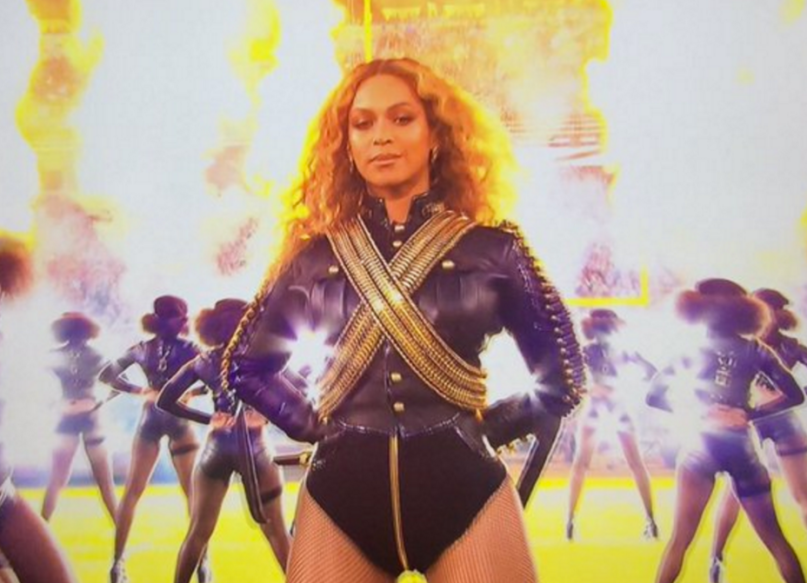 To most rational people, Beyoncé stole the show at the Super Bowl earlier this month with her performance of “Formation”. To others, however, it was a race-baiting, morals-threatening attack on police. Or something. So incensed were some individuals that they actually planned a protest outside of the NFL’s New York City headquarters to “stand together [and] tell the NFL we don’t want hate speech and racism at the Superbowl [sic] ever again.”

As it turns out, however, Queen B haters aren’t so good at getting in formation. According to Rolling Stone, only three people showed up to publicly denounce the performance. One was a middle-aged Giants fan, one was a volunteer for the Ted Cruz campaign, and the other was a Seahawks fan wearing a beanie that read “Police”.

Protest against @Beyonce outside NFL HQ turns out to be no show #1010wins pic.twitter.com/dY6O2dD6aY

Sure, rain and time could’ve played a factor. But Beyoncé fans apparently don’t give a damn about weather or work hours, as dozens of anti-anti-Beyoncé protestors also showed up on the scene. What’s more, they hung out for hours in the wet conditions.

Of course, for many, it was the message they were defending, and not the messenger. “I think the assumption is that the people supporting Beyoncé are like these superfans that are just gonna love her and support her no matter what she does,” pro-Bey supporter Tajh Sutton said. “But I would have been out here no matter who the person was that did something like this, if they were attacked this way as a result.”

Sutton also had a gainful exchange with the Seahawks fan, April Bedunah. Bedunah was there supporting police, saying she had many officer friends and that good cops deserve support. “I have cop friends… of all ethnicities,” retorted Sutton. “And I pray for them because I worry for them, especially my black cop friends. Because race permeates that shit, too. Have you heard about any white cops in the last five years getting indicted for the murder of a black person?”

After a moment of thought, Bedunah responded, “I understand her perspective; I definitely do. I’m going to tell my friends that they need to respect the community. They need to reach out to them and instead of being one side or the other, we need to come together.”

Well, if one-third of the entire protesting body was willing to have that kind of discussion with an opponent, I’d say the whole thing was an all around success.