A trailer pulled right from the '90s kills nostalgia 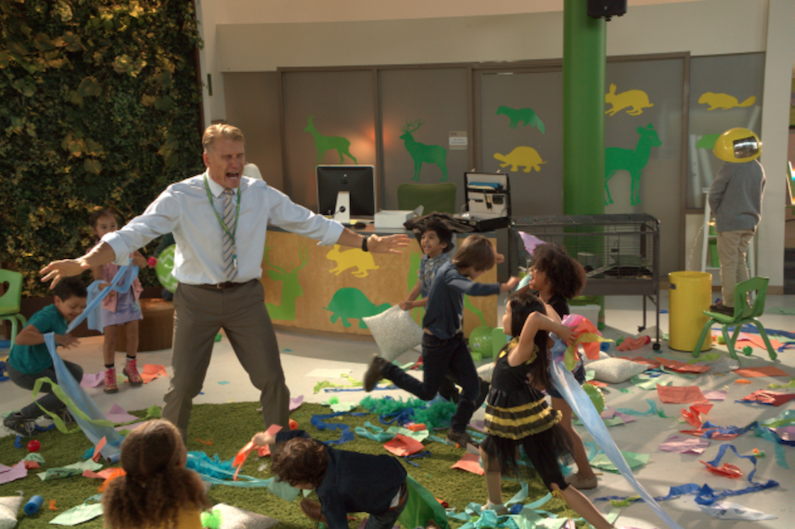 With the rise of streaming services and the dominance of Netflix, it’s hard to believe that the direct-to-DVD movies are even still a thing. The misery could soon be over, however, as the new trailer for Universal Pictures’ Kindergarten Cop 2 feels like the last gasp of a dying market.

A funny little nostalgia bone was tickled when it was revealed that Dolph Lundgren was starring in a sequel to Arnold Schwarzenegger’s goofy 1990 classic. No one was expecting a masterpiece of cinema, of course, especially with the writer of American Pie: The Book of Love (David H. Steinberg) and the director of Jarhead 2: Field of Fire (Don Michael Paul), but the new trailer makes the movie look like a slab of ’90s schlock that’s landed unhappily and unwanted in the 21st century.

The plot is… who cares, it gets conservative, gruff Agent Reed (Lundgren) teaching a class of five-year-olds at a liberal, PC school. So, that should be funny, right? Well, the trailer doesn’t hint at many attempts at humor, except for one “oh no you didn’t” snap off between Lundgren and co-star Bill Bellamy, which only ages the movie further.

It’s hard to imagine this turning a profit for the studio, but check out the trailer below. And if your curiosity just must be quenched, Kindergarten Cop 2 will see release on DVD and Digital HD on May 17th.