The latest Nicholas Sparks adaptation is as anemic as its predecessors 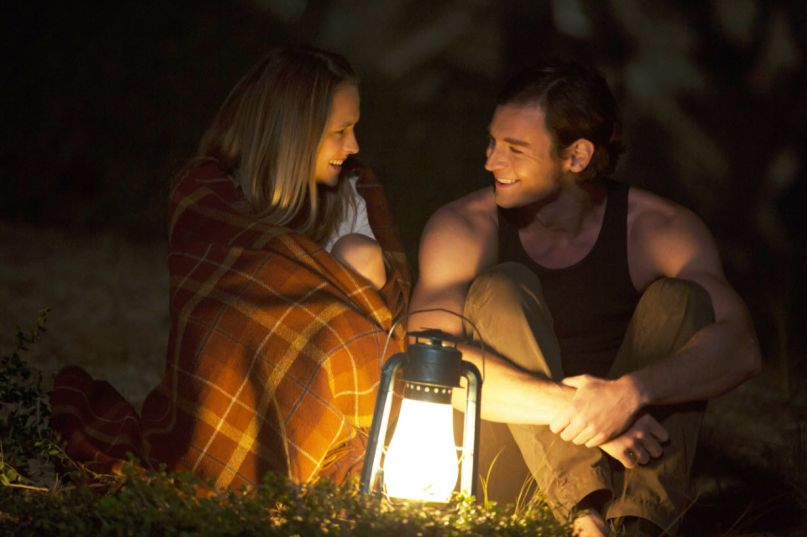 Say what you will about 2004’s The Notebook, but Nick Cassavettes’ particular spin on the Nicholas Sparks formula had a few things going for it: a pair of real movie stars in Ryan Gosling and Rachel McAdams, a period setting that couched their old-fashioned star-crossed lover routine in some interesting production design, and an ending that owned up to the soap opera pathos it was all leading up to. The same cannot be said for the remainder of the Sparks Cinematic Universe, of which The Choice is but the latest installment in this series of feel-good whitebread bodice-rippers.

Set in some kind of Levi’s ad version of North Carolina, The Choice follows rakish good ol’ boy Travis Shaw (Ben Walker), the kind of proud child of the South who spends his time gallivanting around with whatever filly might pop his way, healing puppies with his veterinarian dad (Tom Wilkinson, doing his best) and wearing aviator sunglasses with his equally-chiseled friends. This all changes when bookish Gabby (Teresa Palmer) moves into the house next door with her glasses and frumpy sweatsuits, all set to marry sentient block of wood Tom Welling. If you’ve seen the trailer, or have two brain cells to rub together, you can see where this is going.

For what it’s worth, the movie takes its title to heart: after all, we get not one, but two monologues in voiceover from Walker in which he essentially describes the nature of narrative conflict. “Y’see, in your life there are choices, y’hear? And one choice will lead y’all down one road, and t’other will lead y’all down a different one. Tarnation, decisions are tough!” The film wants you to believe the titular ‘Choice’ is one of many things. First, it’s the decision whether or not to fall in love with each other, then it’s whether or not to tell Gabby’s boyfriend, then it’s whether to unplug Gabby from life support months after she goes into a coma after a car accident (filmed with the same bloodlessness as everything else).

For all the movie’s blathering about making tough choices and learning to move forward with the consequences, the characters never really have to commit to any hard decisions. The surrounding characters will just tell them what to do, the most complicated stuff will happen off screen, or – most infuriatingly – everything will just work out in the end. Even when women repeatedly and passionately refuse a marriage proposal, for instance, their parents are there to cheekily tell her that the stranger in front of them is The One because you blushed at them. Throw in your garden-variety nods to a higher power, and you’ve got all the makings for a vapid romantic drama that’ll leave your grandma in tears.

For a film that hinges so much on the chemistry and charm of its two leads, it’s tough to recommend The Choice on even those grounds. Walker brings a laconic, Nathan Fillion-esque charm to Travis, though it’s a shame he has to waste it on this material. Palmer, however, is saddled with the even harder job of making such an abrasive, hypocritical and indecisive character as Gabby relatable and likable. Suffice to say, neither lead comes out looking good – unless you count the model-worthy bodies they had to get for this film. I’ll say this: there are six reasons to see The Choice, and they’re all studded along Ben Walker’s stomach.

Despite even these modest plaudits, there’s nothing challenging, surprising or enthralling in any of the 110 minutes of The Choice. Like the rest of Sparks’ oeuvre, The Choice offers anemic, uncomplicated drama for particularly undiscerning audiences looking for someone to tell them that love and relationships aren’t as hard as they are in real life. Just spend the movie gawking at the cute dogs that bring Walker and Palmer together, and you might stand a chance of getting through The Choice’s nearly two-hour runtime.