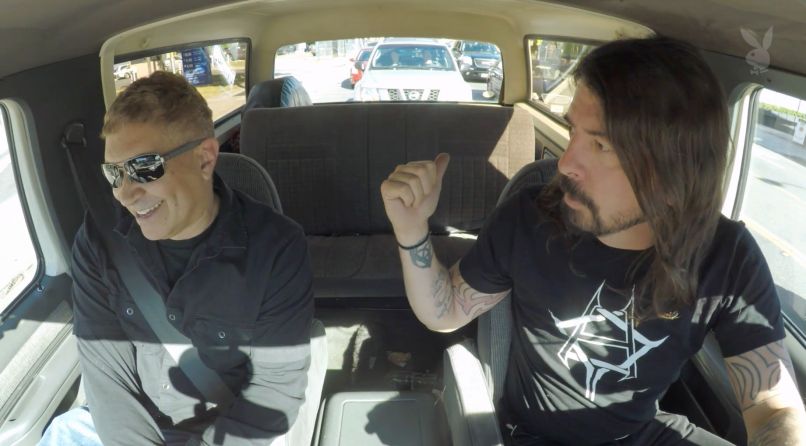 For someone who seemed to be from another planet, David Bowie left his mark on a lot of planet Earth. One of those cities is Los Angeles, where Bowie briefly lived in the mid-Seventies while recording the 1976 album Station to Station. Fresh off covering Bowie’s “The Man Who Sold The World” with Beck at a pre-Grammys gala, Dave Grohl and Pat Smear of Foo Fighters recently hopped into a truck and took a self-guided tour of Bowie’s L.A. haunts for Playboy.

Along the way, the pair discussed their past run-ins with Bowie, which go all the way back to Smear’s time with seminal L.A. punk band The Germs. In the video, Smear recounts how he and Germs vocalist Darby Crash used to stalk Bowie around town, going so far as to pick his spent cigarettes off the ground and wedge their song lyrics under the windshield of his car.

Grohl and Smear also call up Joan Jett, who used to live down the street from Bowie, and stop off at Rodney Bingenheimer’s English Disco, the famous L.A. nightclub that has since been converted into an art gallery.

The whole video is worth watching, but make sure you stick around until the end, when Grohl recounts his last email exchange with Bowie and reminisces about Nirvana’s Unplugged cover of “The Man Who Sold The World” (it was Smear’s idea, for the record).