He slimed me! Hi-C is bringing back Ecto Cooler in time for new Ghostbusters

Coca-Cola has just renewed its trademark, meaning the green fruit drink could be set for a comeback 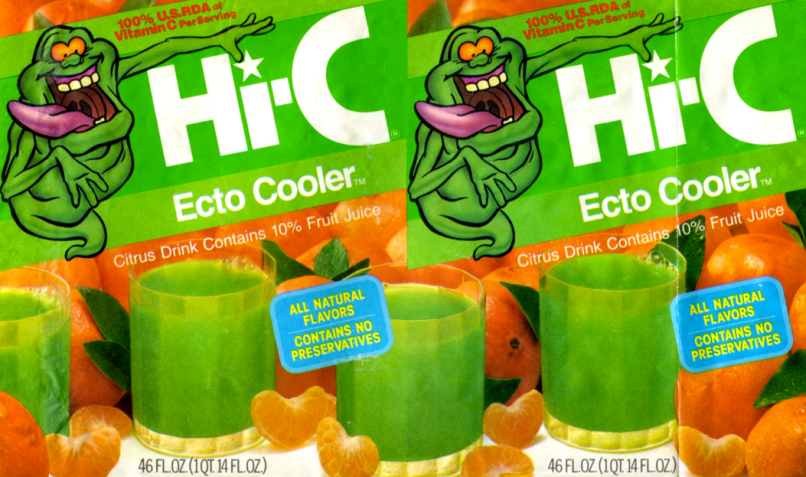 Throughout the ’90s, Ghostbusters was such a part of the cultural vernacular, you could taste it — literally. Coinciding with the creation of The Real Ghostbusters cartoon show in 1987, Coca-Cola’s juice division began producing a  Hi-C drink dubbed Ecto Cooler. Long marketed with a cartoon Slimer, the beverage is as integral to millennials’ food memory as Lunchables or Gushers. Now, just in time for Paul Feig’s upcoming Ghostbusters reboot, it looks like Ecto Cooler could be sliming up shelves once again.

Coca-Cola filed a trademark renewal for the name back in September, and word has come that they received approval in mid-November. The green-colored, orange-tangerine-flavored juice was actually available as recently as 2007, but was then called Shoutin’ Orange Green. The name changed occurred in 2001, long after Slimer had left the box in 1997. Still, that means Ecto Cooler existed a solid decade after The Real Ghostbusters was canceled (1991), which goes to show how impactful the franchise has been.

Now that Coke has the trademark again, it seems only logical that kids and adults alike will once again be sucking down the slimy beverage in the near future. Of course, if it doesn’t end up happening, you can always mix up your own batch.

THIS IS NOT A DRILL. ECTO COOLER'S TRADEMARK HAS BEEN RENEWED!!!!!!!!! pic.twitter.com/cgEWKeC7jY