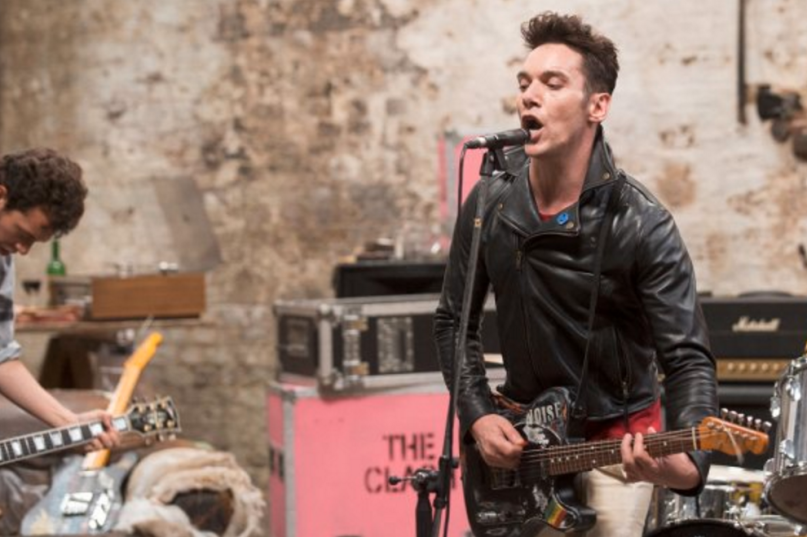 It seems unfathomable, but Hollywood has yet to make a movie about Joe Strummer. That’ll soon change with the release of London Town, a new film by Derrick Borte that features The Clash frontman as a central character.

Tasked with playing Strummer is Jonathan Rhys Meyers, who previously portrayed another famous musician in Elvis Presley for a 2005 CBS miniseries. In the years since, Meyers has had roles in Mission Impossible III, The Tudors, and, most recently, Roland Emmerich’s Stonewall.

Today, The Hollywood Reporter brings us our first look at Meyers as Strummer.

London Town also stars Dougray Scott (Hitman), Natascha McElhone (Californication), and Daniel Huttlestone (Into the Woods). Set in 1978, the plot centers around Huttlestone’s character, who is introduced to The Clash by his estranged mother.

A release date has yet to be pinned down.