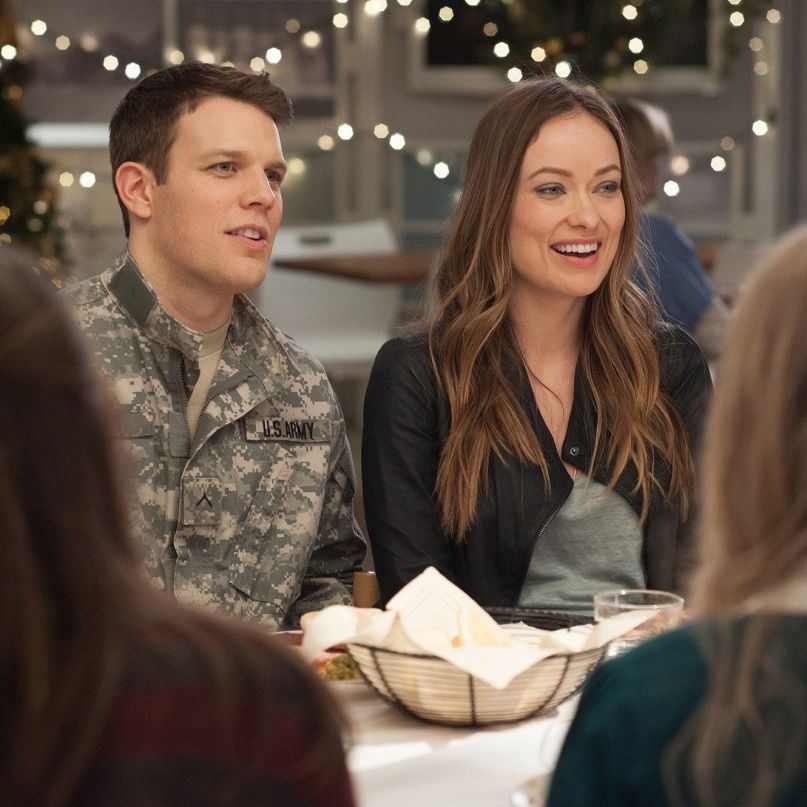 Where oh where has the holiday ensemble comedy gone? Fun, harmless, and always heartwarming flicks like National Lampoon’s Christmas Vacation and Home For the Holidays and (it’s okay, we liked it too) The Family Stone? Well, Love Actually sorta ruined it for everybody. It’s not a bad film, necessarily, but it blew out the ensemble to such a point that connecting the myriad threads became an afterthought rather than a central thesis. And this, unfortunately, became the norm — see Garry Marshall’s one-two nut-punch of Valentine’s Day and New Year’s Eve. Ensemble pieces aren’t meant to be anthologies. Like the holidays, they exist to bring families — biological or chosen — together as a group. Love the Coopers is that kind of movie, an ensemble piece that builds itself around a family of personalities rather than a broad concept.

Christmas is still central to Love the Coopers, of course. In the quaint world of the film, mall Santas roam the streets and snow falls never-endingly in big, fluffy flakes outside the bay windows of Charlotte (Diane Keaton) and Sam (John Goodman) Cooper’s home. Charlotte and Sam are hosting Christmas Eve dinner, and the film oscillates between them and the rest of their tribe as everyone tries to convene. There’s Eleanor (Olivia Wilde), the insecure writer who meets cute with a conservative soldier (Jake Lacy) in the airport; Hank (Ed Helms), the unemployed and recently divorced father of three; the family patriarch Bucky (Alan Arkin) and the doe-eyed waitress (Amanda Seyfried) he bonds with at a local diner; Charlotte’s sister, Emma (Marisa Tomei), an impulsive screw-up who finds herself at the mercy of a stern police officer (Anthony Mackie); and…those are just the A storylines.

Yep, Love the Coopers is more overstuffed than a swollen turkey. But it’s also so warm, amiable, and at times sweetly poignant that it never quite becomes distracting. The Coopers are a lovable bunch, their archetypal roles never veering into stereotype or Hollywood excess. Credit the committed, top-notch cast for that, especially Wilde, who turns what could be an obnoxious bundle of quirks into a charming, empathetic portrait of thirtysomething insecurity. Lacy shines as well, his natural charisma and boyish good looks making it entirely believable that the ultra-liberal Eleanor could overlook his Tea Party sympathizing.

What’s probably not obvious from the film’s focus-grouped-to-death title and squeaky clean marketing is the deep vein of melancholy coursing beneath its surface. The idyllic milieu is the stuff of Norman Rockwell, but the problems the Coopers and co. face aren’t so simple as malfunctioning Christmas lights or sold-out Turbomans. Divorce, unemployment, aimlessness, grief, and even suicide afflict the various characters, and director Jessie Nelson doubles down on the sad stuff by weaving in seamless flashbacks to the present-day action. It gives the movie some resonant emotional heft, even if it begins to clash with the melodrama and comedy that begins to dominate the final act.

Love the Coopers could probably stand to be a little lighter, honestly, if only to sustain the warm fuzzies all those fluffy snowflakes are bound to summon. But, then again, it’s that attention to character, as well as its uniformly excellent cast, that elevates it well above dreck like Christmas With the Kranks or Surviving Christmas. It’s far too generous to call it a Christmas classic, but Love the Coopers would pair great with a warm cup of cocoa, a roaring fireplace, and whoever it is you call family.