Film Review: By the Sea 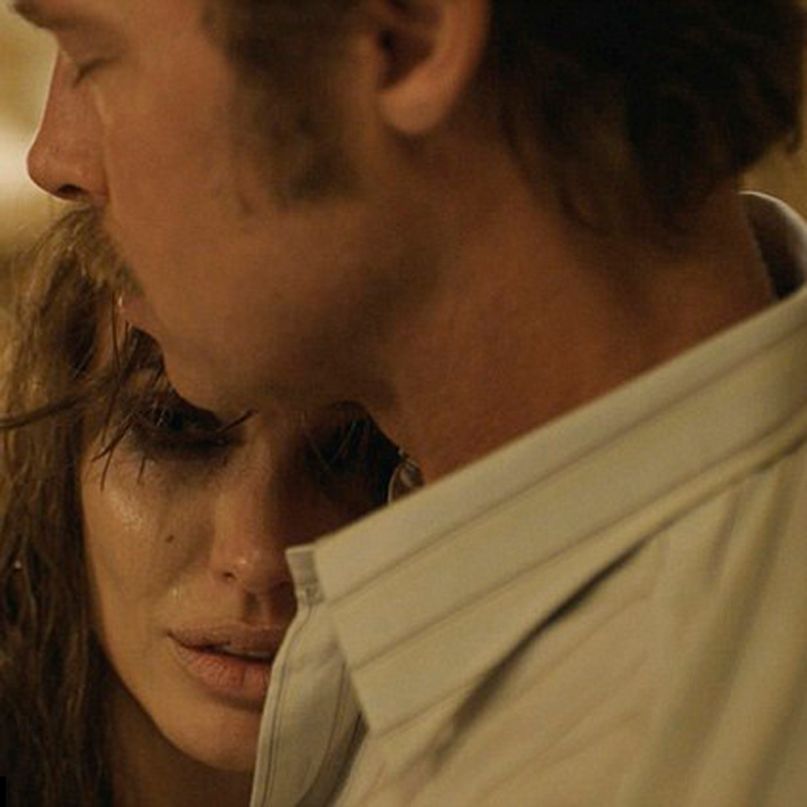 When two very famous married people make a movie about marriage together, it’s bound to incur speculation. Is it a vanity project? Is it autobiographical? A labor of love? An expensive (and very dark) honeymoon? By the Sea, writer-director Angelina Jolie Pitt’s incredibly uneven film in which she stars alongside husband Brad Pitt, isn’t really any of those things. It isn’t flat-out terrible, either. But it does give you the sense that you’re peering in on something you shouldn’t really see, and in this case, it’s what happens when no one is around to say something is a bad idea.

Unfortunately, that’s not the story the film is trying to tell. An attempt at an intimate, claustrophobic study of a marriage on the brink of failure and of a depression that threatens to yank its sufferer forever beneath the surface, By the Sea sometimes succeeds at both of those things. More often than not, however, it ends up being a film about sad, beautiful people staring a lot—at each other, at the wall, at the ceiling, through a hole, at the sea, over the sea, away from the sea. There’s something going on behind the eyes, one might think. What? Who knows. The audience doesn’t really seem to matter.

Roland (Pitt) and Vanessa (Jolie Pitt) arrive in a picturesque, remote area of France for a trip that’s ostensibly centered around the book that the former isn’t writing. But it’s Vanessa’s struggle that occupies much of the action. Some unnamed tragedy has driven a wedge between the two, driving Roland into the piney embrace of gin for breakfast and Vanessa into a mostly immobile state. That’s where we stay for most of the film’s first half: watching Roland get drunk and chat up locals while pining for his suffering wife, and watching Vanessa watch other things in a series of beautiful nightgowns and robes.

After a few days in their lovely room—everything’s lovely, it’s a lovely movie—she notices a hole in the wall that peers into the room of newly-arrived newlyweds Lea (Mélanie Laurent) and François (Melvil Poupaud). Her budding voyeurism, an activity in which she’s eventually joined by her husband, drives most of the rest of the action, such as it is. Things get better, and worse, and maybe both at once sometimes, and everyone has a lot of feelings about it.

That’s not to say all of what happens in By the Sea is bad. As stated above, it’s beautiful to look at—everyone involved looks incredible on camera, from its obviously stunning stars to the captivating, sad eyes of Niels Arestrup (Un prophète), who plays the bar’s manager—and the setting plays up the lovely, lovely loveliness of everything and everyone. Into the sadness and tranquility break moments that snare the attention in an immediate, almost thrilling way.

In one sequence, as Vanessa welcomes Lea to her room for a game of cards, one might think for just a moment that the former might murder the latter, so unhinged is her stare and so complete her focus. In another, it seems as likely that she might slip beneath the water in a tub and never come up as run screaming from the room. Even after two hours of mostly watching Vanessa stare, it still seemed possible that this moment, or the next, or the next, would be the one where she’d finally do something.

Sadly, in most moments, she doesn’t. As both star and director, Jolie Pitt doesn’t seem to know when to stop. We see her stare at a boat rowing in and out to sea over and over again. On at least three occasions, she puts her sunglasses down with the lenses flat on the surface of the table, only to have Roland flip them a few moments later. She stares down at topless sunbathers, again and again. She flinches away from her husband’s touch, again and again. He yells at her. She cries. He leaves. He comes back. Lather, rinse, repeat.

Using the monotony of daily life to place the audience in the shoes of a depressed or otherwise mentally ill person is a completely understandable impulse. But when the director never lets up on that particular lever, it makes for a monotonous film instead. Worse, it gives the moments when things do happen an almost surely unintentional air of comedy. A long introductory sequence follows the pair as they drive through the hilly countryside, often reaching peaks or turns it appears they might just fall over.

Then they arrive, and the first words out of Vanessa’s mouth are, “I smell fish.” In another, Roland stumbles home drunk out of his mind—Pitt is a terrific on-screen drunk—and vomits, only to attempt to kiss Vanessa a moment later. In a third, Vanessa visits a small store, sees something that upsets her, and stops to pop some pills in front of a big wall of fresh bread, all without changing her facial expression.

None of these things is intended to be funny in the slightest, but so little else happens that the absurdity can’t really be denied. Of course she couldn’t take the pills at home. She was too busy staring. The biggest tragedy of the film isn’t the painful discovery of what set the marriage on its descent—it’s not something that should necessarily be treated like a spoiler, but the film treats it that way—but in the tiny flashes of potential, glimpsed through the smallest of peepholes, that can be found amidst the bullshit.

“We’ve gotta stop being such assholes,” one character says near the film’s conclusion. It’s a welcome sentiment, and one that would benefit the couple at the center of this indulgent, dull film, as well as the couple who made it. Watching By the Sea is like being trapped in Vanessa’s beautiful, depressingly empty room. The quick glimpses of something more exciting only make it that much worse.