Steve Jobs and the New Wave of Biopics

Filmmakers are digging deeper for their portraits of real-life figures 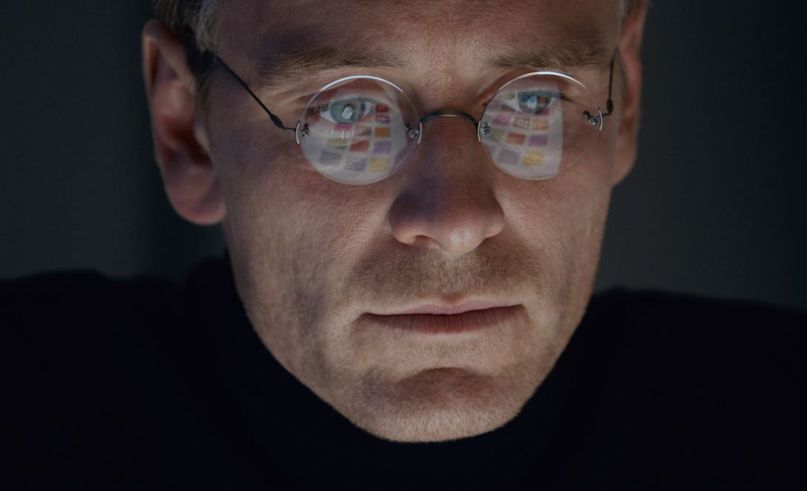 Around this time of year, like clockwork, a low and rumbling groan starts to form in the backs of cinephiles’ throats. And it’s not for “awards season,” though the inherently preposterous nature of film distribution in America and how it restricts most great films to a minute share of the year’s cinematic real estate is fertile territory for a different piece. Nor is it for the end of the year, the most painful time for a film lover, as the prestige of the holiday releases gives way to “dump month.”

No, that low groan is reserved for what’s become a mainstay of the late-year prestige cinema push: the biopic. While it’s in no way limited to this time of year, when it comes time for studios to offer up performances for which actors can prepare long-winded acceptance speeches, American film has few offerings that guarantee that win as frequently as the biopic. It’s a staple of the film awards cycle and for good reason. The performance that can transform a name actor into a historical figure is precisely the kind of thing calibrated for both clip montages and for actors to test their skill against the inflexible public ideas of who and what a famous person was.

The groans usually come for a certain kind of biopic, which is something that should be emphasized early and often; not all biopics are made alike. A film like Todd Haynes’ scattered but often masterful I’m Not There, for instance, can approach the biopic as a document of iconography, breaking down Bob Dylan not for any person he may have been at any point, but as an amalgam of the many decades-old conversations about the artist in his various periods. Sometimes, with a film like The King’s Speech, the most boilerplate event-by-event retelling of history can be made and acted well enough to shine through. The biopic genre isn’t inherently obscene, but it’s often treated as such, in no small part due to awards shows’ long-running tendency to favor even the most rote biopics as the end-all of a cinematic year.

In the past five years, however, there’s been a push even among the continuous glut of fairly standard biopics for new approaches, for new angles from which filmmakers and actors can approach a canonized figure. This week, Danny Boyle’s Steve Jobs enters theaters in limited release, and much of the early buzz about the latest film to chronicle the Apple maven has centered around the film’s narrative structure. CoS senior staff writer Blake Goble touched on this in his early review this past weekend:

“1984, Cupertino, California. Jobs is about to reveal his game-changing Macintosh computer to a tech-hungry public. 1988, San Francisco. After being ousted from Apple Computers, Jobs readies himself to premiere his NeXT computer. In 1998, Jobs prepares to debut his soon-to-be very popular turquoise iMac. These are the three stages of Steve Jobs.”

Notice how the film resolves itself long before the advent of the iPod, the turtleneck’s rise to ubiquity, or many of the other typical hallmarks of the biopic. Typically with these films, there’s a tendency to shoehorn in as many recognizable signposts as possible for the audience. Consider the recent Straight Outta Compton for example, as Ice Cube sits in his house laughing at his own jokes while drafting the Friday screenplay, particularly when he’s struck by the inspiration for “Bye, Felicia”. That’s a moment that tells little about the condition of the creator or the circumstances, but it allows the audience a moment of recognition of something familiar to them. The biopic genre is so embattled because it frequently tends to stop there.

But in the modern era, when Wikipedia is just a click away, the biopic-as-filmed-encylopedia-entry starts to depreciate faster. A straight retelling becomes increasingly purposeless when someone can just as easily look up archival YouTube footage of the subject or find comprehensive writing on them within seconds. Film has (slowly) started to adjust, to reframe the biopic not as a blow-by-blow account in all cases, but rather as a character study. While the Imitation Games of the world will continue to be made, a film like Steve Jobs considers the magnate in his quieter, apparently more Sorkin-esque backstage moments. It’s the biopic as dramatic retelling of who the person was when they made the decisions that rendered them iconic and what about them spurred on those decisions.

To stay on the subject of Aaron Sorkin a moment longer, The Social Network is a modern luminary of this model. Much like Steve Jobs, David Fincher’s film considers the creation of Facebook as a series of incidents recounted through various deposition hearings between founder Mark Zuckerberg and several people he railroaded over the years that take place well after the site’s rise to billion-dollar cultural saturation. It accounts for the success of the site as being a combination of luck, theft, emotional manipulation, and the overarching desire to conquer new frontiers both in technology and in human life.

The structure of the film allows for Zuckerberg’s story to portray the creator as a complex, pitifully human figure, not one deified with the benefit of hindsight. It’s a more honest lens through which to view somebody who built an empire atop a hill of quietly settled lawsuits, after all. And it’s a searing examination of the kind of person who could build a Facebook-sized empire, of the ruthlessness it takes to survive in the modern world. The Social Network isn’t just a standout biopic — it’s also a great film, one of the true greats of the current decade, and that transcendent appeal is at least partially indebted to the way in which it removes the innate hagiography of so many biopics in favor of a more dynamic hyper-reality.

A less charged version of this idea can be found in James Ponsoldt’s The End of the Tour, this year’s David Foster Wallace biopic. The film follows Wallace over the final week of his book tour for Infinite Jest in 1996, as he and Rolling Stone writer David Lipsky banter over everything from existential dread to the Proustian joys of convenience store food to the crushing pressures of being held up as a media demigod for your work. The film is far less interested in hitting any particular beats than it is in what made the artist tick and how the neuroses that would eventually overwhelm him existed even when they were more manageable. Perhaps it’s more telling of the genre than the film itself, but in a lot of respects, The End of the Tour feels refreshingly honest.

Honesty, after all, has long been the great paradox of the biopic; in reducing any life to a series of narratively effective (and again, familiar) bullet points, truth becomes something that the greater films can tease out through performance or quieter moments throughout or both, rather than being the ideal. The staid, blow-by-blow retelling of life very rarely offers deeper insights, to such a point where the air of prestige around it becomes its reason for existing at all. As writers who’ll tuck in for another late-year barrage of awards-friendly period pieces that march through events like junior high students buckling down and researching a semester-ending diorama project, we wait for those rare gems, those films that retell life with some kind of new or deeper understanding of their subjects. They’re a singular kind of pleasure when they happen. They just don’t happen frequently enough.