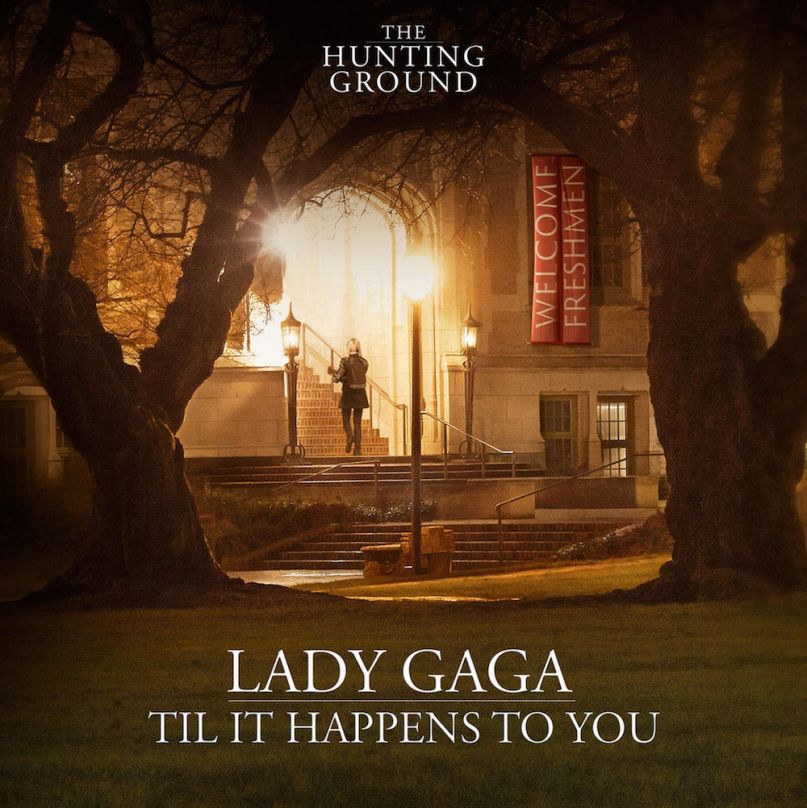 Lady Gaga has kept her musical presence to a minimum lately it seems, her name mostly in the headlines for her starring role in FX’s upcoming season of American Horror Story. Today, she’s resurfaced with her first piece of new material of the year — but it’s not just any ordinary pop song.

“Til It Happens To You”, a sweeping and intensely powerful number penned alongside songwriting icon Diane Warren, addresses the issue of college campus sexual assaults. The track had originally appeared in January’s The Hunting Ground, a documentary about campus-related sexual violence.

The song is accompanied by a new music video, directed by Catherine Hardwicke (Thirteen, Twilight). The startling, five-minute clip depicts incidents of violence and the ways in which survivors deal with the aftermath. It begins with the following message: “The following contains graphic content that may be emotionally unsettling but reflects the reality of what is happening daily on college campuses.”

“Diane Warren & I made “Til It Happens To You” for people all over the world who suffer from painful life experiences,” Lady Gaga tweeted last night upon the video’s release. “We hope u feel our love&solidarity through the song & perhaps find some peace in knowing u r not alone through this film #TilItHappensToYou”

.@diane_warren & I made "Til It Happens To You" for people all over the world who suffer from painful life experiences. #TheHuntingGround

Check out the video below.

“Til It Happens To You” is available for purchase now here; a portion of the proceeds will go toward organizations that help survivors of sexual assault.