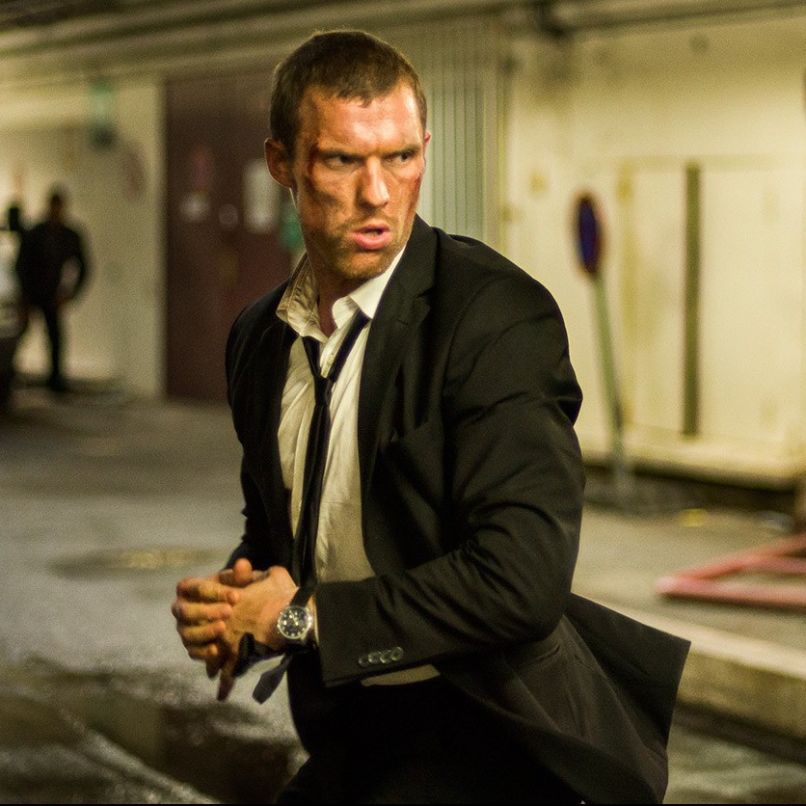 Up to this point, the Transporter series has served as the Corn Nuts of modern action cinema. It’s better than the worst of its ilk you could find, while simultaneously bearing no resemblance to any options of truly superior quality. It satisfies a need (the woeful dearth of latter-day car movies) and disappears quickly. It’s not particularly great for you, and you know it, and yet there’s a pleasure inherent in watching Jason Statham, and now his replacement Ed Skrein, punch villains of indeterminate European origin in the face and/or legs while wearing impeccable suits.

In The Transporter Refueled, this reboot version of the Transporter mythos such as it is, the Transporter is named Frank, and he and his perpetually randy father Frank Sr. (Ray Stevenson) pass their days in the French Riviera. Dad’s a retired “Evian salesman” who’s been to every war-torn nation in the world over the past few decades, and Frank the younger passes his days doing what his father thinks are innocuous personal driver jobs. He’s right, in a fashion: Frank does the car-based jobs nobody else will do. Usually of the illegal persuasion. His latest client is Anna (Loan Chabanol), a woman sold into sex slavery in her preteens who’s finally found a way to break away from the man who’s held her for years, the kind of villain whose criminal empire knows seemingly no boundaries, national or ethical or locational.

Of course, Anna’s courier request comes with a hitch: two identically-dressed dopplegangers, who’ve just helped Anna rob one of the area’s biggest kingpins of all his bank accounts, simultaneously. And they’re only just getting started with their quasi-Robin Hood quest to steal from the pimps and give to the needy. From there, The Transporter Refueled is everything you could want from a Luc Besson production, without the jovial madness of a Besson film; instead the reins are handed to frequent Besson collaborator Camille Delamarre, whose approach to the film gives Refueled a welcome and wholly necessary lightness of touch, especially when put against a previous Delamarre production like Taken 2.

The action scenes are crisp if unremarkable, and the setpieces are (mostly) scaled back from previous Transporter installments. Partly because Refueled clocks in right around a brisk 90 minutes, the film moves seamlessly enough from its too-rapid driving sequences to its fits of noticeably bloodless PG-13 gunplay to various tableaux of beautiful European women in black lingerie and back again. Delamarre at least lends the film a certain playfulness throughout, with a handful of inspired visual gags from time to time. A car is blown up via detonator in a parking lot, and then the detonator itself is thrown into a trash bin, which also blows up. Frank Sr. is taken into captivity, and is only narrowly thwarted from turning his situation into an impromptu sexual encounter. At one point an Audi reaches the same cruising speed as a private jet in takeoff.

Chabanol makes for an appropriate femme-fatale-turned-heroine, but the film gives her little to do compared to Skrein, who makes the best go of a bad situation. It’s probably wise that he doesn’t aim to mimic Statham’s streetwise charisma, but in place he mostly just finds a perpetual smirk that follows him through the film’s increasingly outlandish scenarios. The key is that he cuts an acceptable figure as a strong, silent type, one who can stand in front of a mirror showing off his rippling muscles and banter with comely thieves. Like the other installments in this now inexplicably four-film series, Refueled comes and goes, reasonably diverting in the moment and more or less disposable after the fact. Also much like its predcessors, there are certainly joys to be found by those who enjoy the simplicity of a henchman being pretzel-tied to another henchman by way of a flotation device.