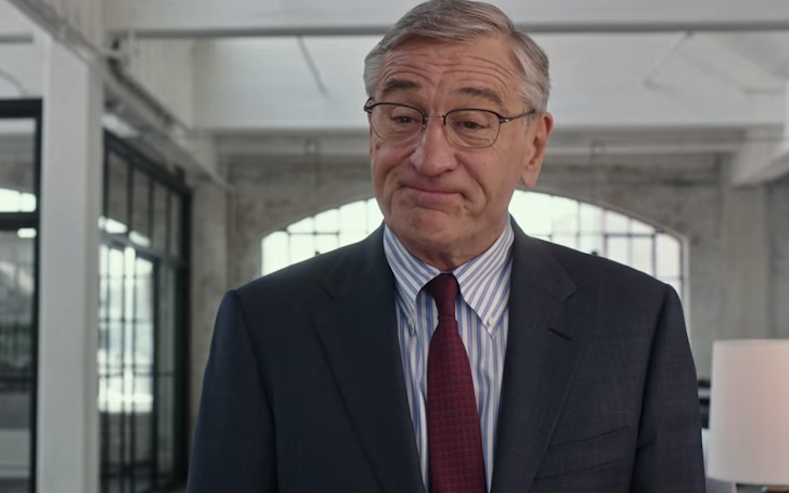 Remember The Internship, Vince Vaughn and Owen Wilson tried to recreate their Wedding Crasher chemistry by BSing their way through a Google internship? For those who thought that film was a bit sophomoric, writer/director Nancy Meyers’ (Something’s Gotta Give, It’s Complicated) upcoming The Intern may be more what you’re looking for in an old-dude-goes-to-work-for-young-company film.

Robert De Niro “stars as Ben Whittaker, a 70-year-old widower who has discovered that retirement isn’t all it’s cracked up to be. Seizing an opportunity to get back in the game, he becomes a senior intern at an online fashion site, founded and run by Jules Ostin,” played by Anne Hathaway. Whittaker doesn’t look at the job like a fish-out-of-water scenario or something beneath him, as he gamely joins a team which consists of the likes of Adam DeVine, Rene Russo, Anders Holm, Zack Pearlman, and others. From the latest trailer, it looks like a sweet film about bridging generations and starting anew, and there’s definitely a lot of heart.

Watch the new preview below: