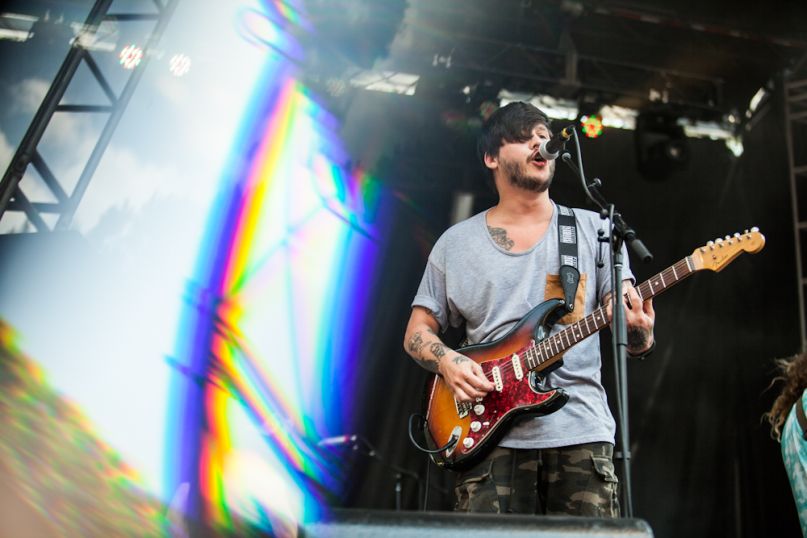 Wavves promised that two albums would be on the way this year. Already we’ve heard the first in No Life, the band’s collaborative LP with Cloud Nothings. Now, it looks as though the second full-length might soon be on its way.

This week, Nathan Williams and his rowdy pals have revealed a new song called “Way Too Much”. The fuzzy and frenetic pop punk cut — which has made its way onto Wavves’ setlists recently — is about feeling exhausted after repeatedly “stumbling and looking for a purpose” in life. If you’re anything like me and make a habit of overthinking till you’re batty, the best thing to do is let go and put this thing on blast while kicking it poolside this summer. Listen in below.

Catch Wavves live on their upcoming US tour alongside Twin Peaks.

Previous Story
Wait, What the Hell’s an Ant-Man?
Next Story
Remake of Stephen King’s It finds a new director to throw in the sewer
Popular
More Stories
[fu-upload-form form_layout="media" title="Submit Your Photo"][input type="hidden" name="ugc" value="1"][/fu-upload-form]