It's not always shaken, not stirred 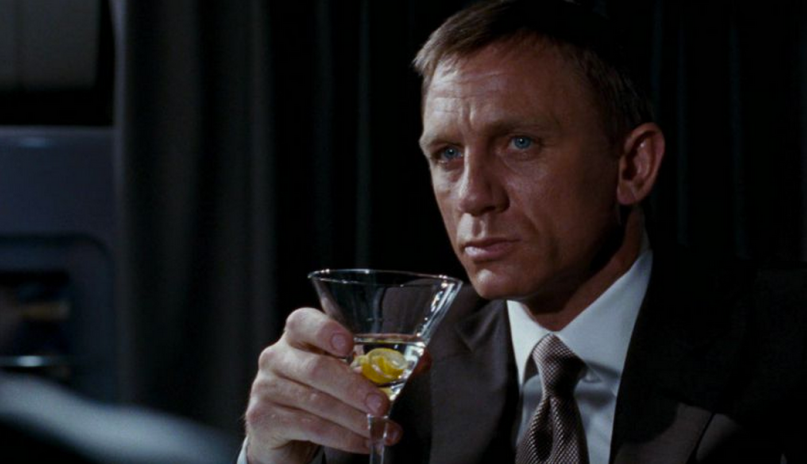 Everyone knows James Bond’s favorite drink: Vodka martini, shaken, not stirred. (Fun fact, it was the villain Dr. No himself who first uttered the words “Shaken, not stirred.”) You’ve even tried to order it once or twice, don’t lie. So when the franchise made a deal to prominently feature Heineken and use Daniel Craig’s bond to advertise the beer, many called it a break in tradition.

But as it turns out, the collective pop-culture subconscious has largely overwritten the fact that the classic cocktail isn’t Bond’s only libation. In fact, in many of the films between Dr. No and Skyfall, the character spends his time drinking other things entirely.

Some determined souls sat down and watched every single Bond movie through Skyfall and took note of each drink 007 drank. What they came up with is a neatly organized infographic detailing what the super spy is sipping in every film. For example, the second movie, From Russia with Love, featured no martinis at all, and the next one, Goldfinger, featured the only appearance of a mint julep. Most of the time, Bond is seen staying classy with a glass of champagne, be it Bollinger or Dom Perignon.

Bond actually rarely drinks more than two martinis, with the most (six) being seen in Quantum of Solace. And those aren’t even vodka martinis, but the Ian Flemming-created Vesper martinis (“Three measures of Gordon’s, one of vodka, half a measure of Kina Lillet. Shake it very well until it’s ice-cold, then add a large thin slice of lemon peel. Got it?”). The character drinks the least alcohol overall (4 units) in License to Kill, Timothy Dalton’s final turn as 007. The most is imbibed (26 units) during Craig’s first portrayal in Casino Royale.

Now imagine if you turned this graph into a drinking game? You’re drunk, Bond, go home. Check it out (via Buddy Loans):