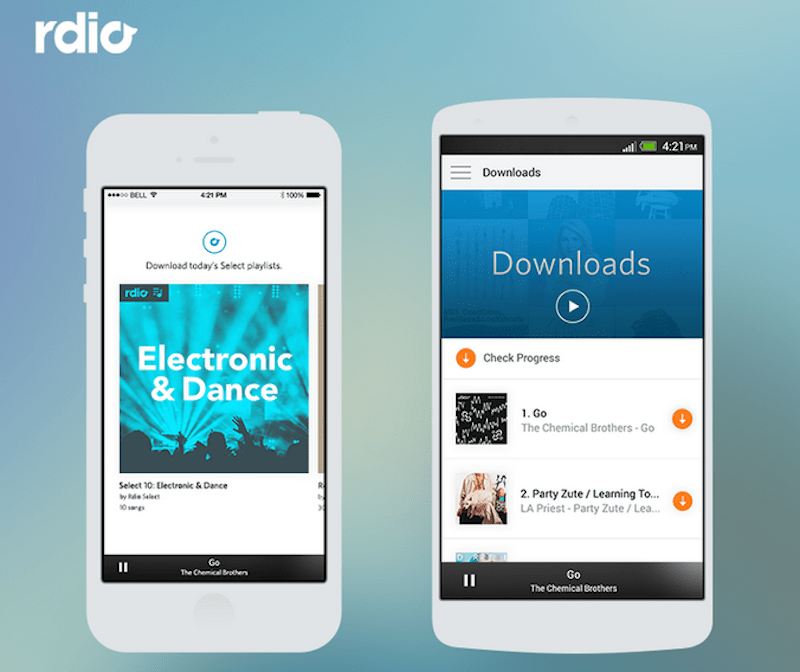 Hoping to stand out from an increasingly cluttered streaming market, Rdio is now offering a mid-tier subscription service priced at $3.99 a month.

Speaking with Buzzfeed, Rdio CEO Anthony Bay said the company feels 25 songs “is more than most users download in a day, so we feel it’s enough.” He added that they hope to attract new users who aren’t willing to pay the standard $9.99 for ad-free, unlimited mobile streaming, but are more comfortable with a low-level option. “We’ve all been flying airplanes that had business class only,” said Bay. “There is no coach.”

Though there are no hard numbers, it’s widely believed that Rdio’s marketshare in the streaming world is significantly less than Spotify’s. They’re hoping this new price point can attract more people away from the ad-based free experience of their biggest competitor. Spotify is currently the only on-demand music streamer that offers a free tier, something that has come under fire as artists from Björk to Taylor Swift have pulled albums from the service. It’s probably no accident that Swift’s image is displayed prominently on the Rdio homepage.

“We agree with Taylor Swift,” Bay said, “that on-demand playback of what you want to listen to shouldn’t be free.”

Another one of Rdio’s competitors, TIDAL offers two tiers: a $9.99/mo Premium and a $19.99 HiFi service, both available for discounted rates with a six-month pre-paid purchase. After acquiring Beats, Apple is largely expected to launch their streaming service with a $7.99 monthly fee and no free tier. They’re also reportedly pressuring labels to leave free services like Spotify and YouTube entirely.

While it’s not a permanent gift, Rdio Select is being offered as a 60 day free trial. That seems like plenty of time to gauge whether 25 daily tracks is enough to satisfy your needs.