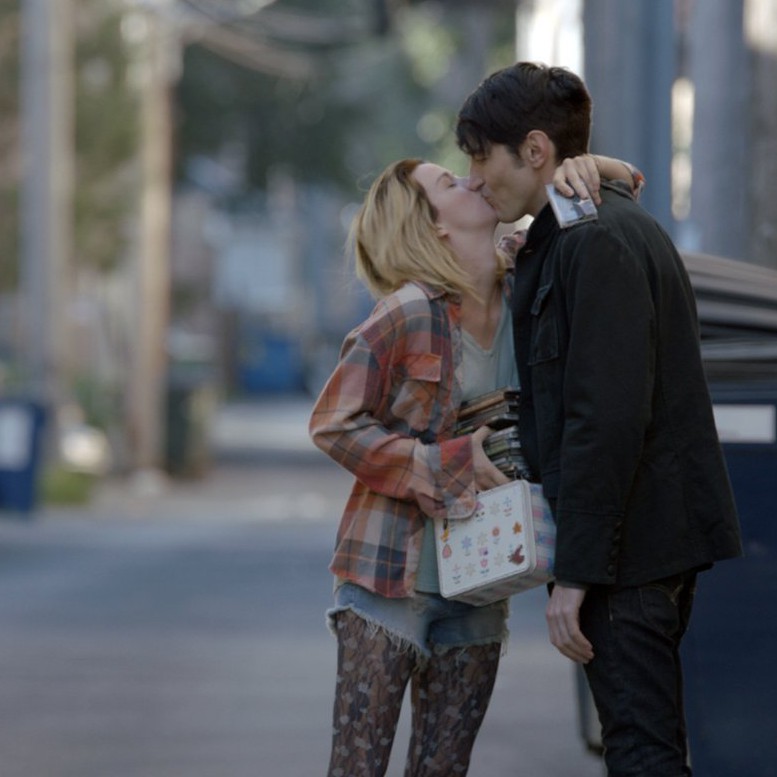 The addiction narrative has become almost as commonplace as the Western, slasher flick, or romantic comedy. That’s not to say a movie about two young people whose lives unravel from heroin abuse can’t be good, but there needs to be a hook beyond the dismal subject matter. Requiem for a Dream stood out for its surrealism and hyper-speed editing, Rush blurred the line between narcotics officers and junkies, and Sid and Nancy had, well, Sid and Nancy.

Animals doesn’t have these kind of elevator-pitch gimmicks, at least not on the surface. Set in Chicago, it follows a young couple, Jude (David Dastmalchian) and Bobbie (Kim Shaw), who live out of their car and drift from small con to small con until they have enough money for their next score. Outside of some health issues that propel the plot forward, there isn’t much at all in way of a unique narrative.

What does separate Animals from its twitchier brethren is a keen sense of place. Dastmalchian, who also wrote the film, and director Collin Schiffli aren’t concerned with showing the grittiness of Jude and Bobbie’s surroundings, simply because they aren’t all that gritty. Sure, there are a few trips to some rundown buildings to buy heroin, but Animals mostly takes place on well-lit days in the well-manicured North Side, from cozy taquerias to the Uptown record store Shake, Rattle & Read and the majestic wildlife of the Lincoln Park Zoo. This alone will cause many Chicagoans to excitedly point at the screen whenever they recognize a place or a person, but the local specificity also serves a greater purpose — it shrouds the film in a dreamlike fog that tells us it’s fun to be a drug addict. Until it’s not.

Aside from successfully showing us how easy it is to get lured into addiction, this sunny haze makes it all the more frightening when things do start to go south. Animals isn’t just about drug addicts; it’s about drug addicts in a very specific time and place, and the prevailing brightness of the more economically lucrative areas of the Windy City seems to taunt Jude and Bobbie, reminding them that even as their world falls apart, the one around them continues on as it always has.

As grim as things get, another trick of the film is its underlying sense of hope. As played by Dastmalchian and Shaw, Jude and Bobbie convey a love for each other that’s genuine, even during their darkest hours (one of the best moments comes when they break into laughter after crashing their car). Unlike some of the aforementioned movies, Animals captures its protagonists at a time in their lives where they still could kick their habit. Whether they do or not depends on how you read the subtle, ambiguous ending.