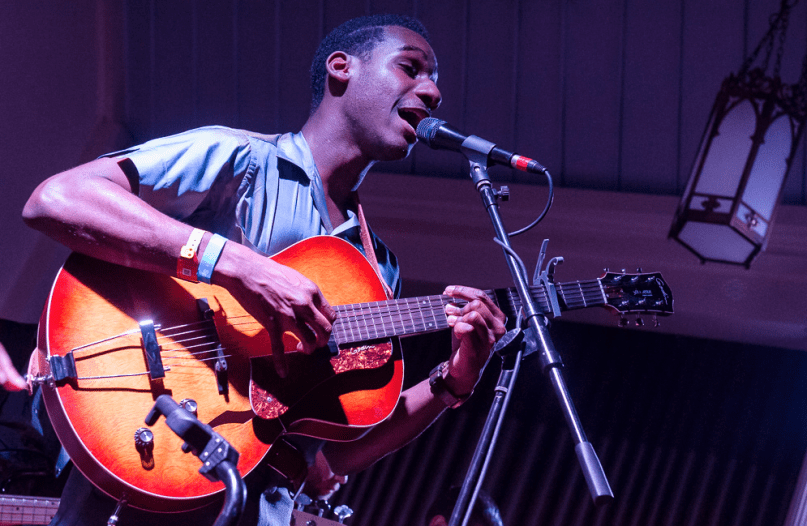 After impressing critics at South by Southwest and selling out venues nationwide, Leon Bridges is finally set to release his debut record, Coming Home. Due June 23rd on Columbia Records, the album is building up loads of hype, thanks in part to the newest single, “River”.

“Stunning” gets used a lot to describe music — the English language has only so many adjectives, after all — but it’s hard to think of any song more deserving of the label than this one. They only instrumentation is Bridges’ gentle acoustic strums and a steady, slow tambourine clap. His voice, however, fills the space like the Spirit fills a cathedral. “Oh I wanna come here and give you every part of me,” he sings like a man seeking redemption, “but there’s blood on my hands/ and my lips are unclean.” The track apparently caps off the new LP, and if this is how it ends, the anticipation for the rest of it should be at monumental levels. Listen below.