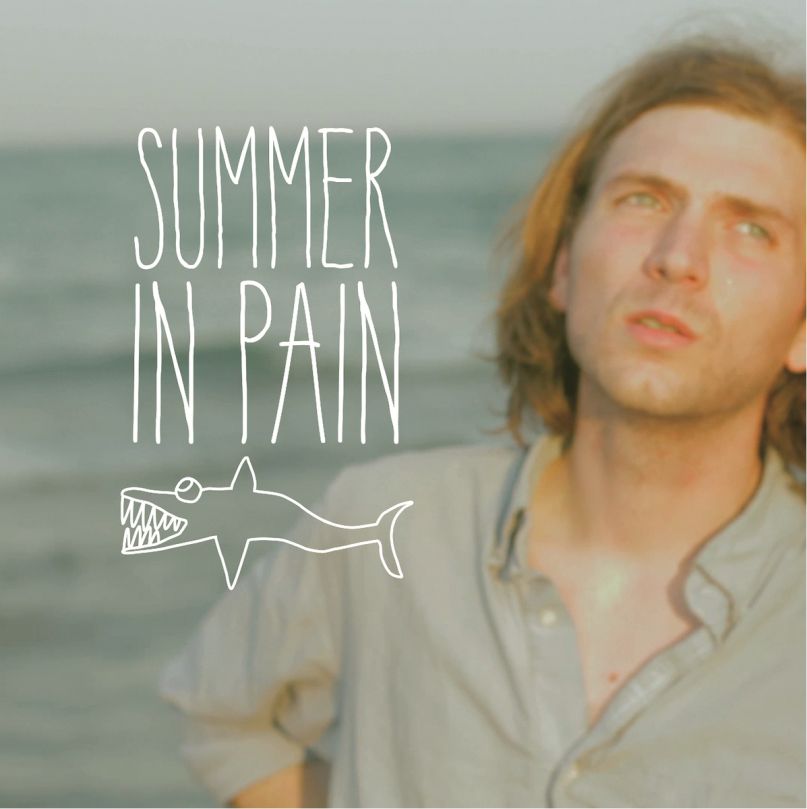 Jimmy Whispers, born James Cicero, is a lifelong Chicagoan who’s in love with and sickened by his own city. He obsesses over the people and the ghosts that stalk its streets, struggles to reconcile its decrepit, graffiti-coated underpasses that today have antiquated charm and yesterday were the sites of destruction. The cover of his only output to date says it all: “Summer in Pain” scribbled over a portrait of him, sternum exposed to a breeze off the lake on a perfect summer day in a city that can’t go a day without homicide, looking off into the distance, and not smiling.

After an intro track of Whispers introducing himself in a poorly imitated Chicago Bulls PA voice (“At guard! Coming in at six-foot nothin’! Nothin’! The greatest bedroom popper, poppers, in the tri-state area!”), Summer in Pain is a collection of nine songs played live on a Thomas Californian electric organ and recorded straight to his iPhone four years ago. Whispers’ technique is rudimentary, his resources are next-to-nothing, and his abilities are awkward, but his ear for pop is pro grade. (At his recent record release show at Chicago’s Empty Bottle, he was backed on two songs by six musicians from the band Whitney, who gave them full arrangements that completely vouched for their weight). Paired with his overwhelming personality, the songs of Summer in Pain aggressively push for this idea of heavy-hearted, if sloppily focused, positivity without apology.

Whispers is one part innocent second-grader who wants nothing more than to “Be Like Mike”, one part confused late-20-something, one part loyalist to the urban underbelly, one part Ditka in a dress, and 100-percent a dude who cares, lacking a grasp of what, exactly, to do about it. He’s a “song and dance man” who can’t sing or dance, but he’s got hits, and if that’s all he’s got, he’ll be damned if he doesn’t use them as often and emphatically as possible to fight pain on behalf of everyone.

Essential Tracks: “Heart Don’t Know”, “I Get Lost in You in the Summertime”