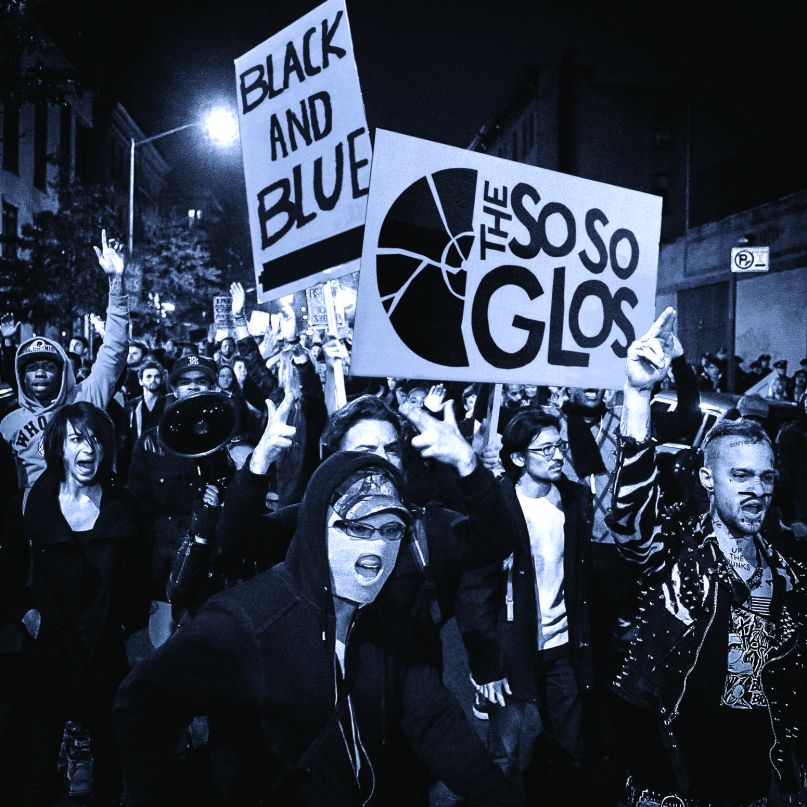 The So So Glos have recorded a new version of “Black and Blue” for an upcoming episode of the HBO show Girls. Originally appearing on the band’s 2007 self-titled debut, it’s a spirited punk rocker that doubles as an “anti racist, anti sexist, call to action.”

“Black and Blue” was our shot at a civil rights anti brutality song. It was written a bunch of years ago and we re recorded it recently cause we felt it was necessary. We put the question ” have you got it all figured out?” to the authorities. We pose that question to the powers that be, and to the authority within ourselves. It’s an anti racist, anti sexist, call to action that asks us to examine the nature of authority, and what it takes to become a power, both on a collective and individual level. Love over hate and action over apathy or indifference for a So So Glo generation.

Listen to the track below via Spotify.

The new version of “Black and Blue” is now available for purchase on iTunes and Amazon, with a portion of the proceeds going to the National Police Accountability Project, a nonprofit that helps to end police brutality. Meanwhile, the song will air on the March 15th episode of Girls.