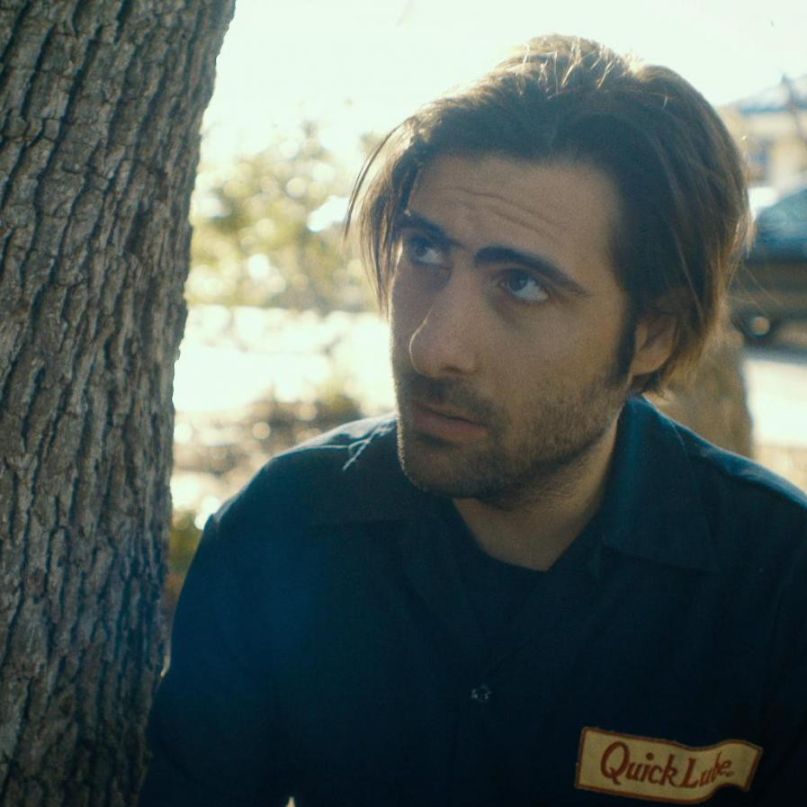 Jason Schwartzman knows how to sell a loser. Max Fischer (Rushmore), Ethan Dulles (Slackers), and Albert Markovski (I Heart Huckabees) are only three names out of a dozen erratic personalities who have stormed across the silver screen and straight into our hearts. Last year, he tested our patience as the titular author and unruly narcissist in Alex Ross Perry’s Listen Up Philip, and now he’s back as another lovable anti-hero in Bob Byington’s dry comedy, 7 Chinese Brothers.

As Larry, he couldn’t be further from redemption. He’s a lonely alcoholic, who lives with a snorting French Bulldog named Arrow in a small Austin apartment that’s in a perpetual state of chaos. Most of his free time is spent talking to his pooch or arguing over the bargain liquor at his corner convenience store. When we first meet Larry, he’s being fired from his lousy job at Buca del Bepo for a litany of issues, among them his knack for stealing liquor behind the bar.

This doesn’t phase him. He announces his departure to everyone, steals a bottle of tequila, and keys his aggressive co-worker’s car in a rebellious move. Sipping a mixed drink, disguised as a fast food soda, he drives his beat-up car to a nearby retirement home, where he visits his grandmother (Olympia Dukakis) and sees his only friend, an orderly named Major (Tunde Adebimpe). When he lands a job at a nearby Quick Lube, it would appear that things might turn around for him.

That’s not the life of an alcoholic, though.

See, Larry doesn’t care about anything. His entire existence is predicated on getting drunk and looking after his dog. At one point, he explains himself by referencing The Beach Boys’ “Don’t Worry Baby”, specifically the line: “But I can’t back down now because I pushed the other guys too far.” He argues, “That’s how I feel all the time.” That mantra is tested when he starts to have feelings for his new employer, Lupe (Eleanore Pienta), who runs a tight yet undiscriminating shop he finds himself enjoying.

We’ve seen Schwartzman fall hard for a girl. Larry doesn’t do that, per se, but his curious attraction is nonetheless an echo of his past obsessive affairs, especially in Rushmore. When Lupe starts growing fond of Major, the parallels to Max vs. Herman are unmistakeable. Yet the way he tries to win Lupe over is a far more subdued and internal struggle, which is what turns 7 Chinese Brothers into such an intriguing exercise for the actor.

In fact, the entire film is one tireless workout for Schwartzman, thanks to Byington’s seamless execution. The young filmmaker frames each of his scenes in such a way that the film feels like a string of vignettes, all centered on his alternative star. As such, Schwartzman is tasked with carrying much of the humor — from visual gags (imitating a fat kid getting out of a pool) to witty barbs (his “dialogue” with Arrow, which could be its own YouTube series) — and he works it like a comedy special.

Though, he’s supported by an essential cast. Albeit a minor role, Dukakis proves that wit doesn’t wean with age. Adebimpe continues his recent indie success with a rather stoic comedic performance. While Pienta carves out a nuanced role for herself that’s strong and charming without being compromised. The only real waste is Stephen Root, whose cameo feels shoehorned in, which is unfortunate because, well, he’s Stephen Root.

Laughs aside, 7 Chinese Brothers makes an all-too-soft landing into ambiguity. That’s the problem when you center a film around the cyclical habits of a tempered alcoholic; it’s a constant uphill struggle with temporary slopes — not exactly an ideal sign-off. Still, Byington offers up a humorous meditation on slackerdom and succeeds by allowing his film’s sharper comedic elements to outshine any of its soggy situational drama. As for Schwartzman, he remains the master salesman of the disenfranchised.