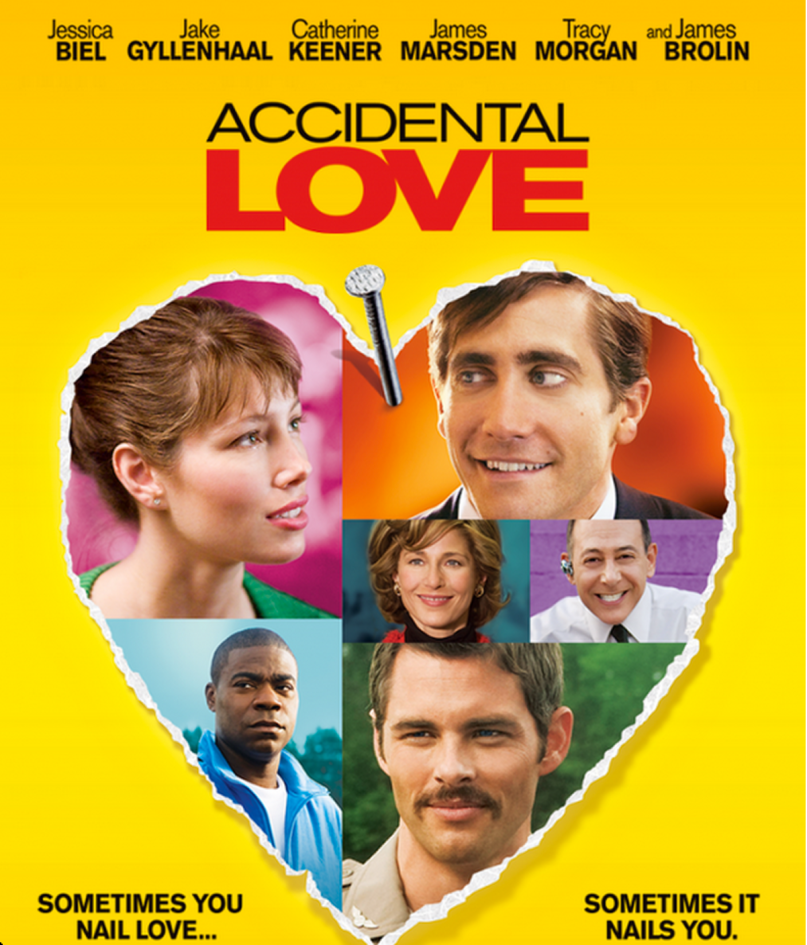 Back in 2008, director David O. Russell (American Hustle, I Heart Huckabees) helmed a quirky health care satire called Nailed. However, following a series of false starts, funding challenges, and the fact that he never shot the movie’s key scene due to a scheduling mishap, Russell abandoned the project.

Now, after years in development limbo, the project has been resurrected by Millennium Entertainment, who has since re-cut the film and christened it with a brand new title, Accidental Love. The movie will at last hit theaters on February 20th and VOD services on February 10th. In anticipation, its trailer has premiered online. Watch it below.

Because Russell took his name off the project, the director is now listed as someone named Stephen Greene. Written by Al Gore’s daughter, Kristin Gore, the film stars Jessica Biel, Jake Gyllenhaal, James Marsden, Tracy Morgan, and Paul Reubens. It follows a small town waitress (Biel) who gets into freak nail gun accident just as her boyfriend (Marsden) proposes. Left with a brain injury, random bursts of injury-induced rage, and no health insurance, she travels to Washington, D.C. to plead her case to a shifty congressman (Gyllenhaal).