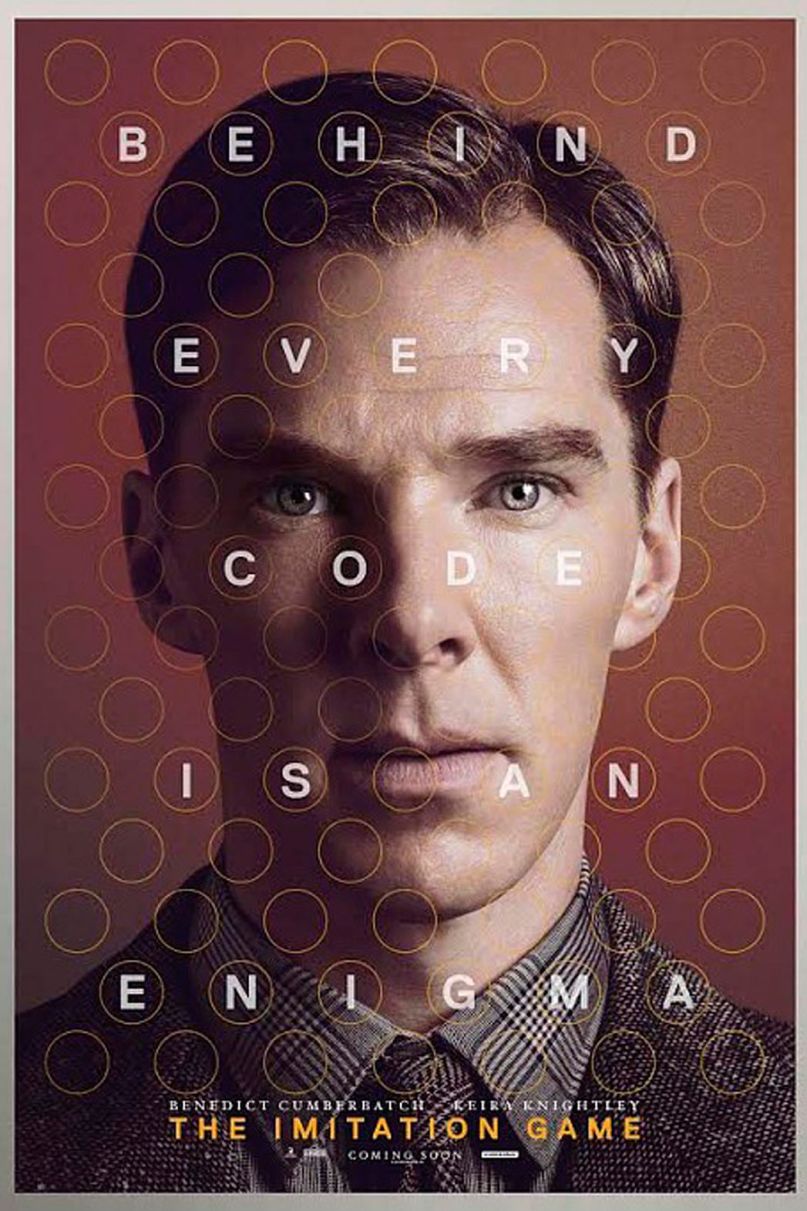 Nominations for the Golden Globe Awards and the Screen Actors Guild Awards are out, and The Imitation Game, long buzzed for consideration as a Weinstein Brothers vehicle starring Tumblr’s most re-blogged actor of the year, Benedict Cumberbatch, has racked up several.

The Golden Globe nods include Best Actor for Cumberbatch; Best Supporting Actress for Keira Knightley; Best Original Score for composer Alexandre Desplat, who also scored The Grand Budapest Hotel and Unbroken in 2014; and Best Screenplay for writer Graham Moore, whose only major credit prior to this film (his first) was the short-lived 10 Things I Hate About You television series. Cumberbatch and Knightley also have been tapped by the SAG Awards for Best Actor and Best Supporting Actress, respectively, and the film’s cast is nominated for Best Ensemble.

But now for the big questions most film geeks and award-minded audiences want answered:

Does The Imitation Game, yet another Weinstein “prestige biopic” gunning for Oscar gold, live up to the hype? Mostly. Is it deserving of the accolades, particularly for Cumberbatch’s highly touted performance? Absolutely.

Never heard of Turing? That might be because his work at Bletchley Park was kept a government secret for 50 years, and in 1952, he was prosecuted by the UK government for homosexual acts, which at that time the country deemed illegal. As an alternative to imprisonment, Turing was fed hormonal drugs as a form of chemical castration for his “predilections,” causing his body to break down and his exceptional brain to falter. In 1954, Turing killed himself by biting into a cyanide apple. He was not officially pardoned by the Queen of England until 2013.

Wisely, the film does not dwell on Turing’s tortured final years. Director Morten Tyldum, a Norwegian filmmaker making his English-language debut with The Imitation Game, devotes the majority of the runtime to Turing’s vital, moving, and controversial tenure at the Bletchley Park compound in Buckinghamshire from 1939 to 1945, and the spectacular invention that results.

Meanwhile, Cumberbatch gives a superbly nuanced performance, imbuing Turing with just the right amount of strangeness to make him endearing but not treacly. Yes, he follows in the Academy-honored tradition of stutter-y, eccentric savants who don’t pick up on social cues, but Cumberbatch’s odd bird is more likable than most.

Although Turing is unattuned to the feelings of others (Knightley’s character has to teach him how to be “nice”) and often comes across as egoistic, there is something about Cumberbatch’s natural geekiness and ingenuity that makes every bit of him forgivable. Much like the alien time lord Doctor Who, whose arrogance and condescension towards humans is understandable because, well, his knowledge of the universe is light years ahead of theirs, Turing’s struggle to connect with others is a part of his appeal. On top of being a misunderstood genius, he is so awkward and fragile; you just want to give him a big hug. The fact that he is a closeted gay man, living in fear of being found out and torn away from his passion, his life’s work, makes that struggle even more poignant.

Turing’s team, which includes the combative, jealous Hugh (Matthew Goode), affable John (Allen Leech), soft-spoken Peter (Matthew Beard), and a woman, Joan Clarke (Keira Knightley), who secures her unprecedented inclusion into the group by completing a complex crossword puzzle one minute faster than Turing himself, does not take to him at first. Neither does their commander, Alastair Dennison (Game of Thrones’ Charles Dance), who hires Turing out of necessity but, repelled by his apparent smugness and impudence, is continually looking for a reason to fire him. The great joy of the film then, alongside the thrill of Turing’s great technological discovery, is Turing learning how to bond with others, particularly with Joan, and watching the others learn how to bond with him.

Based on the biography Alan Turing: The Enigma by Andrew Hodges and adapted for the screen by Moore, The Imitation Game is by no means a perfect exercise. Minor wobbles, from Tim Burton-grey, obvious CGI in the war-related scenes to a reliance on black-and-white newsreel footage and repetitive time cards to pad the historical milieu, are distracting and a tad clunky, but not overly so. Most of the action is confined to three locations: the forested haven of Bletchley, the all-boys school that Turing attended as a shy, bullied teenager in 1928, and Manchester in 1951, as police are investigating Turing for his crime of homosexual “indecency.” As the narrative rubber bands, more information is revealed, and the script is largely effective at deciding when and where the various secrets will be unveiled and to what end.

“Sometimes it is the people no one imagines anything of who do the things that no one can imagine.” This is the recurring theme of The Imitation Game, repeated no less than three times by various characters throughout the film. And although it sounds saccharine on paper, it rings true in the context of Turing’s incredible, awe-inspiring story. Thank god Turing wasn’t “normal”; because without his brilliant mind, it is quite possible that none of us would be alive today.