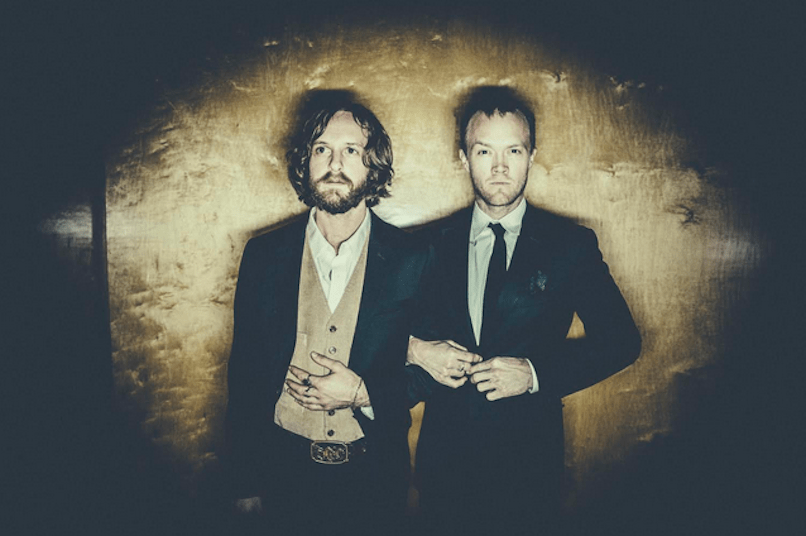 After five years away, San Francisco garage folk duo Two Gallants returned in 2012 with The Bloom and The Blight. Thankfully, fans won’t have to wait nearly as long for a follow-up, as the band has announced that its fifth studio album, We Are Undone, is due out February 3rd via ATO Records.

The new album was recorded over a month of sessions with Karl Derfler (Tom Waits) at the boards at Panoramic House in Marin County, CA.

Coinciding with the announcement, Two Gallants have released the LP’s title track as a first listen. In a statement, guitarist/singer Adam Stephens said the song is, “without being too blunt about it, trying to make sense of this unending pressure to acquire and consume, and usually as conspicuously as possible, that has taken a hold of our culture.” Take a listen and check out the track’s lyric video below.

Pre-orders for the record are going on now. Those who order via the band’s website will receive an instant download of “We Are Undone”, followed by the track “Incidental” on January 19th and early access to the whole album on January 30th. Pre-orders of the vinyl LP come with a bonus 7-inch featuring two non-album tracks.

Find the full tracklist below, and then peep the dates for their string of “intimate” New York and California gigs in early February, which they’ll follow with a month of European shows. More North American dates in April will be announced shortly.