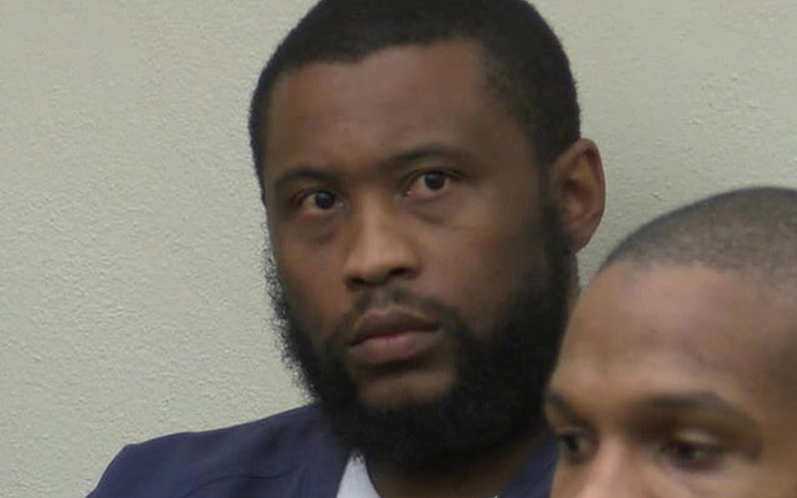 San Diego rapper Brandon Duncan, aka Tiny Doo, is facing a lifetime prison sentence for simply putting out an album.

As ABC 10 reports, he and about 14 other gang members are currently facing attempted murder charges stemming from nine local shootings since April 2013. Although the MC hasn’t been officially tied to the murders, prosecutors are looking to charge Duncan by linking his latest album, No Safety, to an obscure 2000 California law that states gang members can be prosecuted if they somehow “benefit” from crimes committed by other gang members.

Prosecutors claim that No Safety makes Duncan’s gang affiliations clear, and that Duncan has “benefited from the shootings because his gang gained in status, allowing him to sell more albums.” The case marks the first time the law has actually ever been enforced.

Deputy District Attorney Anthony Campagna pointed to the album’s cover as one piece of evidence against Duncan. “We’re not just talking about a CD of anything, of love songs. We’re talking about a CD (cover) … there is a revolver with bullets,” he noted.

Alex Kreit, a professor at the Thomas Jefferson School of Law, weighed in on the case and whether the charges were constitutionally sound. “Where does that end if that’s the definition of criminal liability?” he told ABC 10. “Is Martin Scorsese going to be prosecuted if he meets with mafia members for a movie for his next film? The Constitution says it can’t be a crime to simply make gangster rap songs and hang out with people that are committing crimes. You have to have more involvement than that.”

The hearing is set to resume this week, when the judge will decide whether it will go to trial.

Below, watch a short news clip on the story, followed by a stream of No Safety.