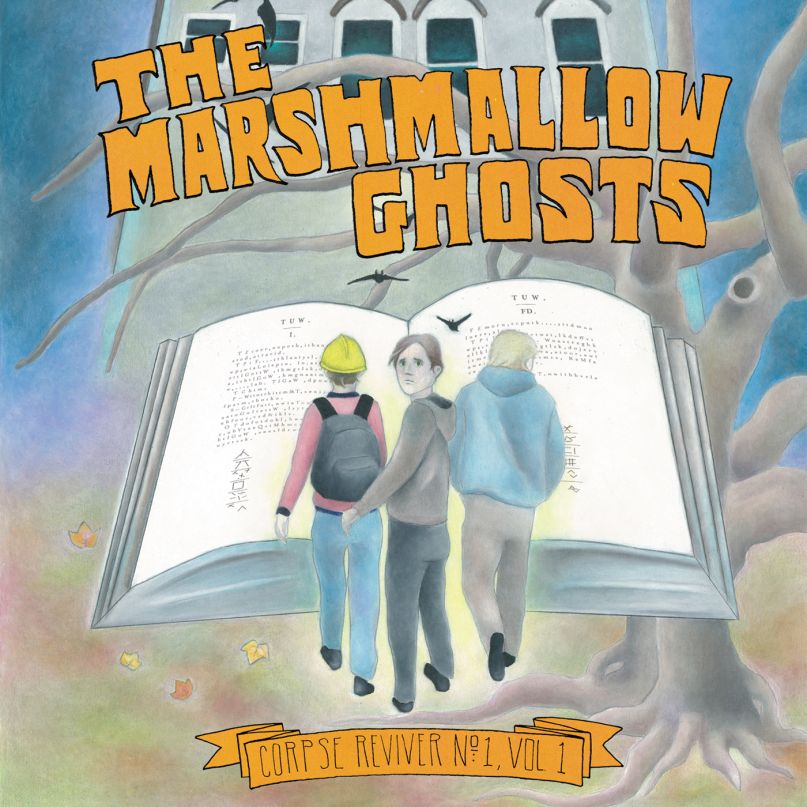 For the past six years, its become a tradition at Graveface Records to release a Halloween-themed single or LP from their “house band,” The Marshmallow Ghosts. The band’s lineup is an ever-rotating cast of Graveface artists, with alumni including members of Black Moth Super Rainbow, The Appleseed Cast, and The Casket Girls, among others. Due out October 28th, this year’s ghoulish offering, Corpse Reviver No. 1, Vol. 1,  is a 7-inch single that comes complete with a haunted storybook.

The two tracks featured take on a more ambient tone than The Marshmallow Ghosts’ past works. Side A, “Pulling The Rivers Teeth”, opens with ethereal droning before getting heavier with a haunting synth line. Indecipherable voices murmur in the background as a rickety drum machine plods along in the forefront. It all eventually dissolves into the serene wailing of a reverb-heavy guitar, a kind of last gasp before a final leap into complete and total obscurity.

The B-side, “A Long Day At The End Of The World”, maintains the same eerie vibes, with the song’s core comprised of a found audio tale about a bank vault filled with human remains. Despite this bleak start, the track is actually a bit more upbeat than “Pulling The Rivers Teeth”, with a swirling banjo line and light vocal melodies. The swooning atmosphere makes it feel more dream pop than horrorcore, like eating a giant bag of candy at the end of trick or treating.

Listen to both tracks below, alongside the instrumental versions.

According to a press release, the accompanying 24-page storybook “teases the storyboards for the upcoming release of the debut Marshmallow Ghosts full-length movie.” The book also prompts the listener to flip the record at key points in the story. Check it out below.