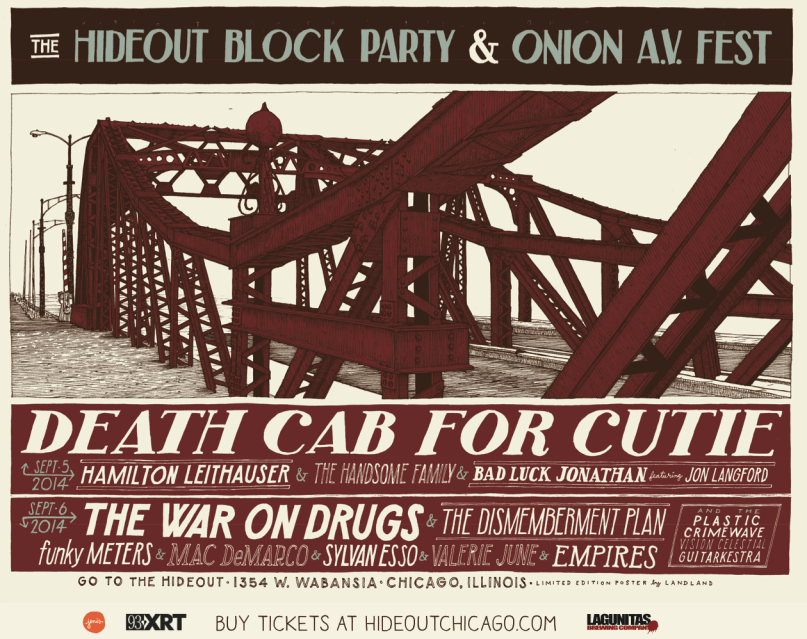 Sure, this year had a latter-day incarnation of funk legends the Meters, but it also had trendy electropop from Sylvan Esso and the otherworldly Appalachia of Valerie June. Death Cab for Cutie and The Dismemberment Plan gave the weekend some much needed populism, and The War on Drugs are the indie kings of 2014. I’m not sure if the festival promoters considered longevity, buzzworthiness, reviews, or anything else really when curating the lineup, other than just inviting musicians they liked.

And that’s what a Block Party is, right? A shindig where you invite all your friends and see who shows up. It’s crowded (but never too crowded), everyone gets drunk (but never too drunk), things get messy (but never too messy), and maybe Travis Morrison accidentally breaks something. But he feels really bad and apologizes for it. So it’s all good.

These traits could apply to any of the Block Parties, not just this year’s, and that suits us just fine. Unlike Lolla and even Riot Fest, it’s a Chicago institution that always stays the same size — after all, The Hideout parking lot is only so big. It’s reliably ramshackle. It’s a tension-free festival. Everyone’s welcome, even though there’s no way everyone will come. In other words, it’s a block party.

Missed it? Here’s the whole weekend, from worst to best.