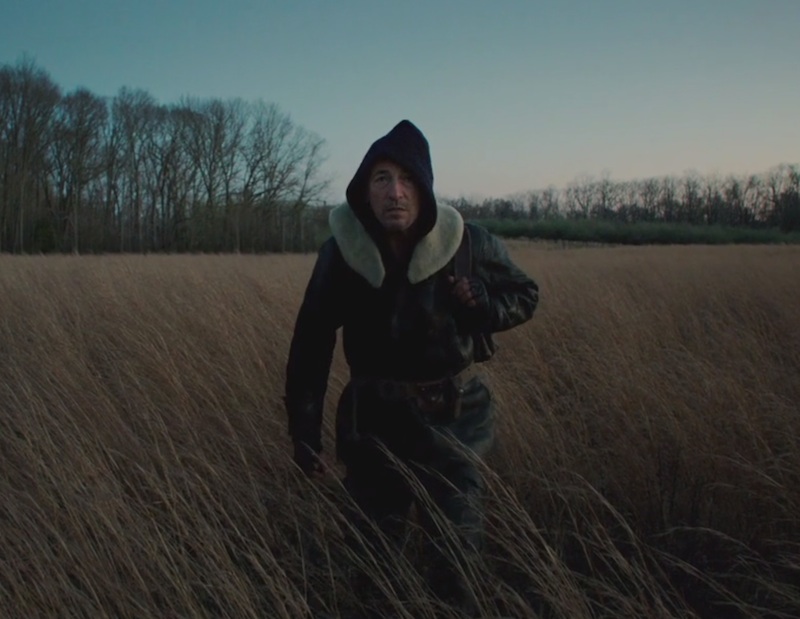 Bruce Springsteen has done a lot in his over-40 year career, but he’s still finding firsts to conquer. Today, the rock icon takes on the world of film with the release of his directorial debut, the short Hunter of Invisible Game. The film, based on the High Hopes track of the same name, stars The Boss himself and is co-directed by frequent (read: constant) collaborator Thom Zimny.

Clocking in at a little over 10 minutes, the clip follows a downtrodden Springsteen lost and wandering through the wilderness, battling inner demons. You can watch the moving piece now over at Springsteen’s official website.

The film also comes with a heartfelt message from the legend himself:

A hearty thank you to our friends and fans who supported us on the High Hopes leg of our World Tour. Our South African and Australian/New Zealand shows were a particular highlight, but a big shout out has to go to our American fans who brought us down the home stretch.

The past 2 plus years and nearly 170 shows have been a life changer. Thanks to you, we have dwelled deep within the transformative power of rock n’ roll. You’ve helped us bring a new and revitalized E St. Band into being. We take this break with a sense of joy, renewed purpose and filled with the spirit to bring you our best in the future. We’ve still got a few surprises for you.

For a long part of the year, Thom Zimny and I have been talking about shooting a short film for “Hunter Of Invisible Game.” We’ve finally got the job done, and we think it’s one of our best. Thanks Thom for the hard work and brotherly collaboration. You and your crew bring it all. And to all of you out there in E St. Nation, we hope you enjoy! See ya up the road.