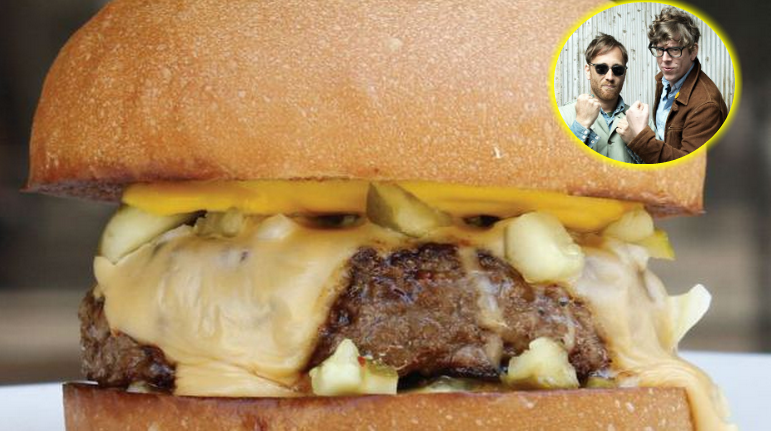 Musically, you may have already chosen a side in the rivalry between Jack White and The Black Keys, but what say your stomach? As Pitchfork points out, both rock titans have been honored with new food items. The only catch? One’s an entree, the other’s a dessert, and you’ll have to travel worldwide to sample both.

California-based burger joint Umami has added The Black Keys’ Akron Burger to its ongoing artist-themed menu of meat. Available at restaurants across the U.S., the all-beef patty is topped with Velveeta fondue, “secret sauce”, yellow mustard, chopped onions, and pickles. Better yet, $1 from each burger sold will benefit The Black Keys Alfred McMoore Memorial Endowment Fund, and fans will also be entered for a chance to win concert tickets.

Mr. White, meanwhile, has been given his very own gelato flavor called — wait for it — Jack ‘N White. Made with Jack Daniels, caramelized white chocolate gelato, caramelized pecans, and caramelized fudge, the creamy dessert is now available at Gelta Messina in Australia. Sadly, though, it’ll only be sold for one week.