Hospitality’s Amber Papini Gets a Pullover Sweater, Wears It For Gap’s Styld.by Campaign 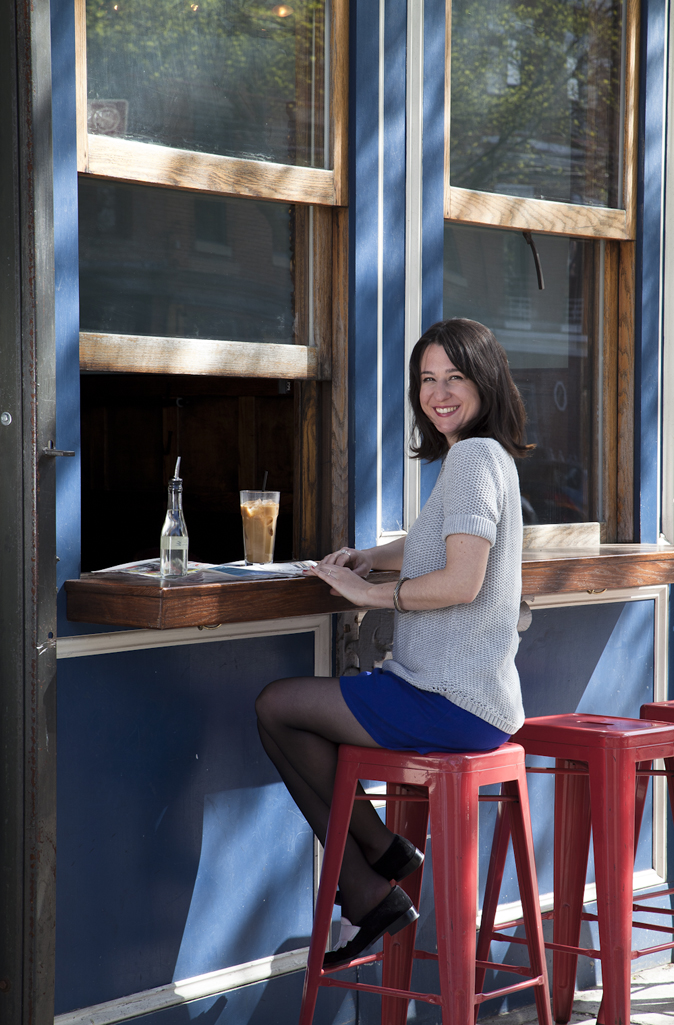 Our partnership with Gap continues with their Styld.by campaign. The series pairs us up with our favorite artists as we focus on their style during their everyday life. Each wardrobe was handpicked out of Gap’s Summer 2014 collection.

Breaking: Hospitality’s Amber Papini was caught drinking iced coffee around Brooklyn in her new Gap pullover. According to Dawn Blackman’s photo — as seen above — she appears to be enjoying the grey threads, though we haven’t confirmed if she’s actually smiling over the drink, instead. Decide for yourself over at Gap’s official site.

This past January, the Merge outfit released their sophomore album, Trouble, to much acclaim and fanfare. In his favorable review, staff writer Bryant Kitching called it “a stark and deliberate record that doesn’t pull any punches,” adding that it’s their “most ambitious venture into electronic music to date.” Stream it below.

That’s not all. In March, Papini led her group through a sweaty 30-minute set at our third annual CoSigns Festival in Austin, TX, at the Hype Hotel. In case you missed it, revisit the event by watching their performance of “Going Out” here.

Check ’em out on tour this summer.