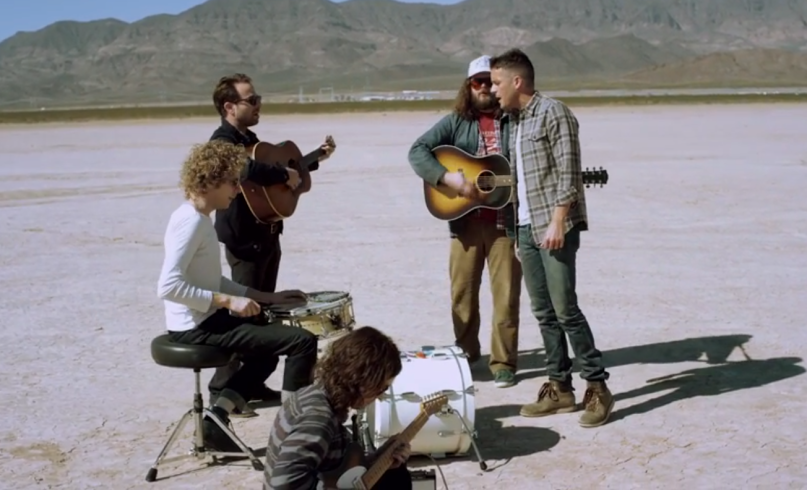 This week saw the release of Out Among the Stars, a “lost” album by Johnny Cash comprised of recordings from the early 1980s. Now, La Blogotheque has shared a corresponding film, which sees The Killers’ Brandon Flowers with Dawes, Father John Misty, and Local Natives perform various tracks from the album.

Each performance takes place in the middle of a desert, beginning with Flowers and Dawes’ rendition of “I Came to Believe”. Next, Father John Misty’s J. Tillman performs “Baby Ride Easy”, and Local Natives close out the film with the album’s title track.

The 16-minute film also features brief interviews with each artist discussing Cash’s significance and influence on their career. Watch below.