The true all-star of this weekend's festivities 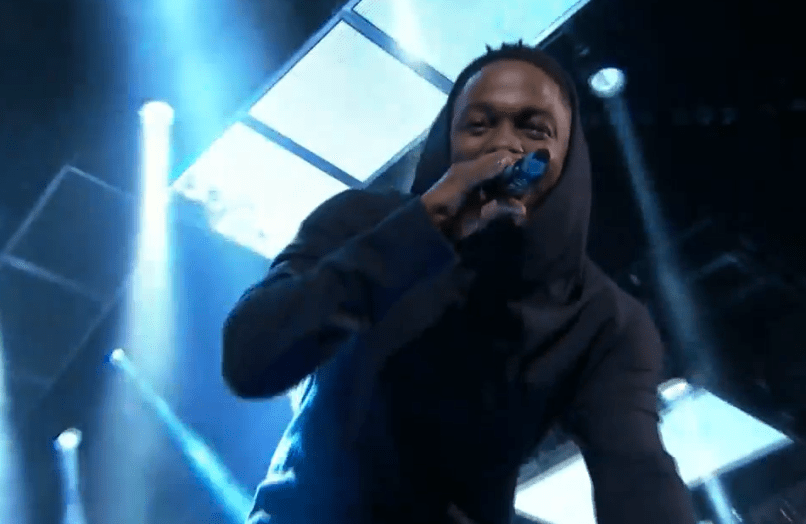 Marco Belinelli may have hit the most three pointers and John Wall defined gravity in the dunk content, but Kendrick Lamar was the real winner of the NBA All-Star Game Weekend. The Compton emcee continued his winner streak, headlining the intermission between Saturday night’s three-point and dunk contests. He performed “M.A.A.D. City” and “Bitch, Don’t Kill My Vibe”, all while rocking Kanye West’s Yeezy 2 Red Octobers. Maybe he was the one who was behind the $16.4 million bid?