The Downfall of CMJ Music Marathon 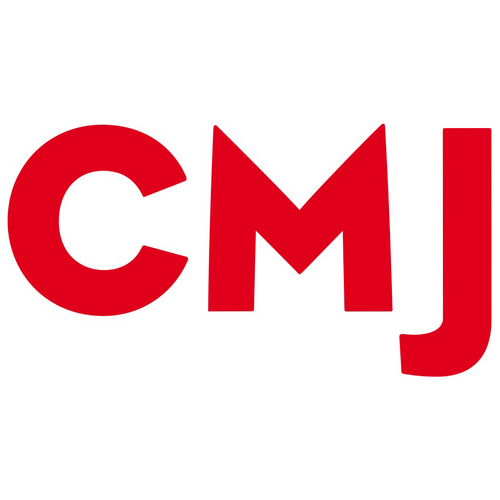 In 2012, the last thing I thought I’d ever be describing the CMJ Music Marathon as was lackluster. Yet, here I am just one year later and that’s the only word that comes to mind when I try to sum up this past week. I understand that a number of people work extremely hard to make this festival possible—one of my good friends even consults on the event—and this observation is in no way meant to belittle their dedication. It’s more a temperature reading on the current state of our industry: music has become a flooded market.

There are so many festivals, mini-festivals, “how to” workshops on how to make it in the industry, and all-day shows now, that CMJ barely feels special. It barely felt like there were even any “buzz” bands that could use this opportunity to break out. In previous years, many pointed to CMJ as an indicator of who and what would be rising to the forefront of the scene before Austin’s integral SXSW. I remember rushing from showcase to showcase last year to catch Mac DeMarco, Deap Vally, Kendrick Lamar, King Tuff, Death Grips, Icona Pop, Angel Haze, Metz, Le1f, Hundred Waters, and even an emerging superstar R&B singer called Miguel (at Public Assembly no less!). But who have we emerged with this year? The closest act I can think of is Kelela; although, her trajectory was set in motion long before this week. The second closest is, Arcade Fire?

Which brings me to another major flaw in the way that the festival seems to be developing, it’s inching away from free and badge-entry showcases that promote new artists and evolving into a conglomerate corporate shit-show of “where to be” exclusive sweet spots. There’s nothing that sums this up better than Arcade Fire’s album roll-out, that just perfectly matched up with the most jam-packed nights of CMJ by happenstance. These select and self-proclaimed “secret” warehouse shows don’t encourage hordes of wide-eyed Arcade Fire kids to attend, but instead perpetuate a hierarchy of who is a “who’s who” enough to score tickets and list spots. And for those who do, missing the event is unthinkable.

It’s a once in a lifetime opportunity, sure, but now the majority of an indie music festival’s media, movers and shakers, and powerful figures are all directing their attention toward a firmly established, incredibly brilliant band. I too love Arcade Fire infinitely—but they have no need for CMJ and their presence during the festival stole the spotlight off of new bands who deserve it, like Brooklyn’s Wet, about whom I’ve heard barely a peep (although as usual Jon Pareles rules). The point, no emerging band has come close to achieving the buzz that Arcade Fire generated, and this seems directly linked to both pageviews and AF’s own agenda. Could they not have done these shows next week? Could they not have included a brand new band as an opener? There was no effort at all on their part to promote the heart of CMJ’s mission to “offer an up-close opportunity to see future stars on the rise.” I adore Arcade Fire but they are not on the rise, they’re peaking. But that’s not the only source of disillusionment.

Perhaps part of the focus that’s been lost for the festival is due to deeper issues within the company itself. On the eve of the festival’s kick-off this year, the New York Times published a short news story sharing details about a lawsuit the company is facing. Involving a failed merger a alleged $600,000 in unpaid loans, and an accusation of hiding assets, the suit from concert promoter John Scher amounts to approximately $1 million. This might not sound like a lot in the grand scheme of things, but for a tiny magazine and festival that began in 1978 and maintains a local profile in the enormous New York market, it could be a death knell. It also suggests a larger lack of focus and integrity throughout the last year—something that might be reflected in the overall vibes of 2013’s attempt.

For a festival that’s been going for just over 30 years CMJ still seems pretty lost as far as direction. Is it about discovering new bands? Getting music industry people all in one place? Open bars? Panels? What is the key takeaway from the five-day brouhaha? Most people outside the industry—even native New Yorkers—barely know what the festival is. It’s certainly not enmeshed in the fabric of the city’s vibrant music scene like a lot of other festivals and events here are.

As music rises to the top of the Internet’s heap as a surefire way to attract attention— with publications like Vogue, Esquire, and Playboy hosting song premieres—the allure of music as a subculture itself seems to be lessening. And this effect is felt even within the industry itself.

Now, blogs and curators and even bands are capable of throwing their own festival or hosting their own live stream, or simply opting out of the “official showcase” hassle to tour New York at a later time. And even though New York and Los Angeles are still hot spots for entertainment-related careers, the Internet has removed the “you’ve gotta move to New York” mantra that gave an NYC-based festival more currency. In 2013 there’s so much competition that it makes more sense for artists or curators, or even writers, who want to get noticed to wait until a time when their work will stand out.

A big step toward recovering the festival’s former glory would be to put the power back in the hands of the artists, writers, and curators. What curbs a market that’s overrun with options is taste. Taste is subjective, valuable, and guaranteed to cut through corporate money-making schemes—which has been the biggest critique that SXSW has faced recently. When the budding bands and blogs, tastemakers and leaders that made this kind of festival possible are either slipped into the corporate machine or no longer have the resources to compete with those who have, stagnation is nearly inevitable. Focus the festival—either make it about discovering new bands and teaching people the ropes on how to survive in this industry, or openly make it a celebration of well-established, crowd-drawing artists and those with enough clout to get into these events.

But what would make CMJ feel like a logical extension of New York’s music scene again? Forbid huge names from playing and force eyes and minds to wander toward the next Arcade Fire—in this market, there’s not enough space for both to shine in one night.