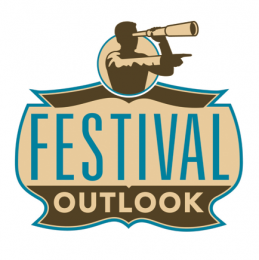 Consequence of Sound‘s Festival Outlook is an online database featuring the latest news, rumors, and ticket information for the world’s many music festivals. Sometimes, though, it’s hard to keep up with everything, especially on a day like today. So, this is where our “Festivals in Brief” feature comes in.

And while we have your attention, please be sure to bookmark Festival Outlook and follow us on Twitter. That way, you’ll get more timely updates! And if you see something missing from one of the thousand pages listed on Festival Outlook, please drop us a line and we’ll fix it asap. Of course, tips are also welcome!

When/Where: December 9-11 at the Butlins Holiday Centre in Minehead, England

When/Where: September 3-5 at the Seattle Center in Seattle, WA

What’s New: Atari Teenage Riot, Toro Y Moi, Over the Rhine, The Presidents of the USA, Mavis Staples, Minus the Bear, STRFKR, and Urge Overkill

Who Else is Playing: Hall & Oates, Wiz Khalifa, Broken Social Scene, Leon Russell, The Kills, and Ray LaMontagne, with many more acts still to be announced. One act is being revealed each day during the month of May.

Who’s Expected: Death From Above 1979, Descendents, and Girls

Who Else is Playing: Morrissey, The Eagles, Lou Reed, Death Cab For Cutie, Brandon Flowers, Iggy & the Stooges, Patti Smith, Bryan Ferry, Gang of Four, The Duke Spirit, The Head and the Heart, and The Walkmen

When/Where: September 8-11 in Portland, OR

Who’s Expected: Explosions in the Sky, Archers of Loaf, and Sebadoh

Who’s Playing: Wavves, Wild Flag, Murder By Death, Dead to Me, Ezra Furman and the Harpoons, Jesse Malin and the St Marks Special, Off With Their Heads!, Van Ghost Joe Pug, Ana Sia, and Netherfriends

Tickets: A $5 donation is suggested.